I've recently been buying more knitting patterns - no surprise there I hear you say.  However, I'm going to sound like such a hypocrite, from a Stitchcraft buying point of view anyway.

I've always said I wouldn't be one of those people paying silly money for a Stitchcraft magazine, etc, etc, etc.  Well, I have!

The one that I bought was this one.  Isn't it pretty!! 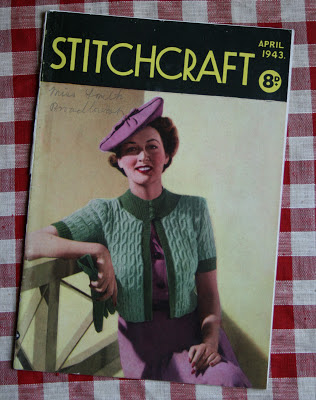 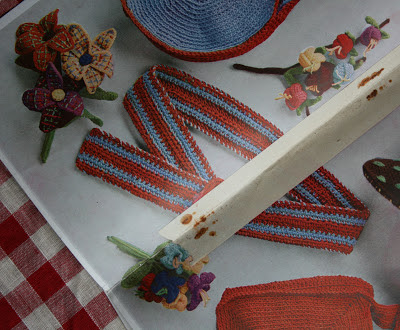 1. It's from April 1943 and as I had all the other 1943 issues, this completed my set.
2. The lady on the cover is wearing a green jumper, my favourite colour, lame reason I know but I'm using it! :o)
3.  It has the most beautiful crochet corsage pattern, 3 patterns to be precise, for dahlias, apple blossoms and columbines - ok, so I'm not a proficient crocheter, but I could learn, right?
4.  I wanted it, plain and simple :o)  This is the reason that really held greatest sway!

From a condition point of view it smells.  It smells quite badly actually, like a damp old village church (making it sound so desirable now, aren't I??).  The front cover is completely detached and has been mended with masking tape and there are some pink stains on some of the pages but I am really over the moon with it and, all told, am super happy to have it - I'll just push the price out of my mind! :o).

The Stitchcraft magazine isn't the only thing I've been buying and I've had quite an influx of patterns recently.  They have all come from eBay, and refreshingly, were not that expensive.

First up are these 3 which were a bargain at 50p the lot, plus P&P. 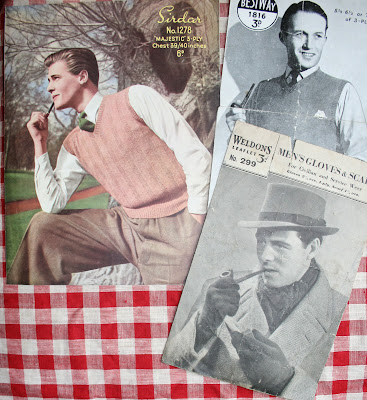 I couldn't believe no one else bid.  I mean, who wouldn't want to own the one with the rather dashing Roger Moore on the front?  The two black and white ones are seriously tatty, the top one is actually in 4 parts but the one with Roger on is pretty much in perfect condition.

Next up, a couple of Lavenda patterns. 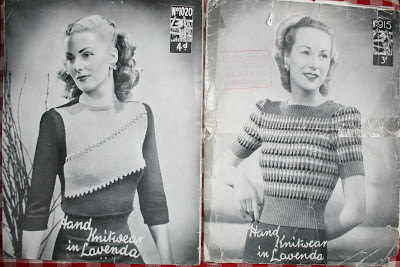 These patterns are some of the nicest to work from because the instructions are listed row by row making them incredibly easy to follow.  The one on the left was £2.00 and actually buttons all the way down the back.  The one of the right cost £3.00 and has been on my wish list for a very, very long time.  It's like the waffle jumper that I make but is all smooth, i.e. stocking stitch.  This copy is incredibly tatty, lots of tears and a sticky tape repair too.  I'm contemplating laminating the original - it shouldn't be done, I know, but I fear it will fall apart if I don't do something to it soon!


Next, four more charming ladies ones. 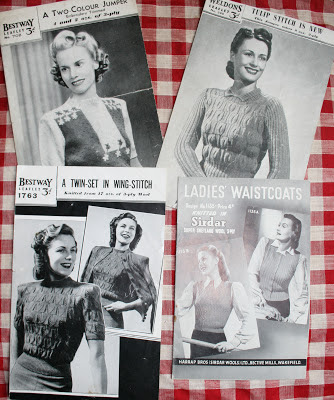 All bought individually, and all around the £2.00 mark.  Love the two-colour jumper.  The original used white and mauve - perfect for spring perhaps??

Issue 31 of Needlewoman and Needlecraft magazine - that's another one ticked off the list, along with a lovely, simple twin set pattern which originally came free with My Weekly magazine. 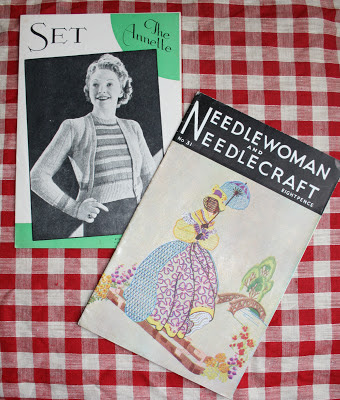 Finally, and definitely a case of saving the best till last, is this Weldon's Home Front Woollies magazine! 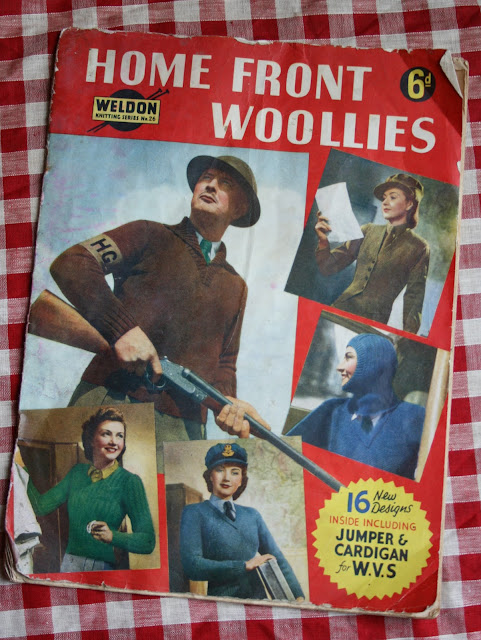 I don't think I need to say a lot about it really because the cover alone speaks volumes!  What's not to love?  The colour photographs are amazing, especially the Home Guard chap with his shotgun - obviously photographed before the Home Guard had a uniform or their SMLE 303's!

The magazine was issued by Weldon's on September 17th 1940.  It's not in great condition, the cover is detached, is grubby and quite battered but the patterns are all present and correct!!  It was part of Weldon's Knitting Series and is No.26.  I would love to know what was contained in the previous issues -does anyone know??

I showed Mum and Dad, aka Norman from the Home Guard and Ivy from the WVS, the magazine and each would like something knitted from it.  Too ambitious for this Christmas, and I'm not sure how I'll get on tying to match the colours, but maybe for next year :o)