So, we’re almost at the end of the month!  Hasn’t January flown by?  The festivities of last month seem but a distant memory.  I don’t mind though, for as much as I love the winter, I am always pleased to welcome in the New Year and see the daylight hours increasing.  A fresh month stretched out before me brings an enthusiasm to push forwards and get things done!

Despite my best intentions, 2013 was an epic fail in terms of number of garments sewn.  I can clearly remember sitting down at the beginning of the year to map out a plan of all that would be achieved.  I listed how many pieces of sewing and knitting I would get done, and the number of corsages and turbans that would be finished, but when December came, I had achieved very little in the sewing stakes.

I don’t know whether any of you crafty folk have the same problem, but, from a making perspective, I can be a bit of a butterfly.  One day I wake with an eagerness to sew corsages, the next day I can be hankering after cutting out a garment.  I forever want to start something new.  With a jumper, once I’ve knitted the back and the sleeves, I really have to push myself to get the front finished, and often things get left languishing in a heap, never to see the light of day again.

Well, this year I have decided to try to finish off those unloved projects, before moving onto something new.  It’s a hard task, I can tell you.  Mr Y got me some seriously scrumptious patterns last month and I’m itching to get at them, but, for now at least, I’m determined to stay on track!

So, without further waffling, the first item to see the light of day in 2014 was a neat little bolero, from this Bestway pattern. 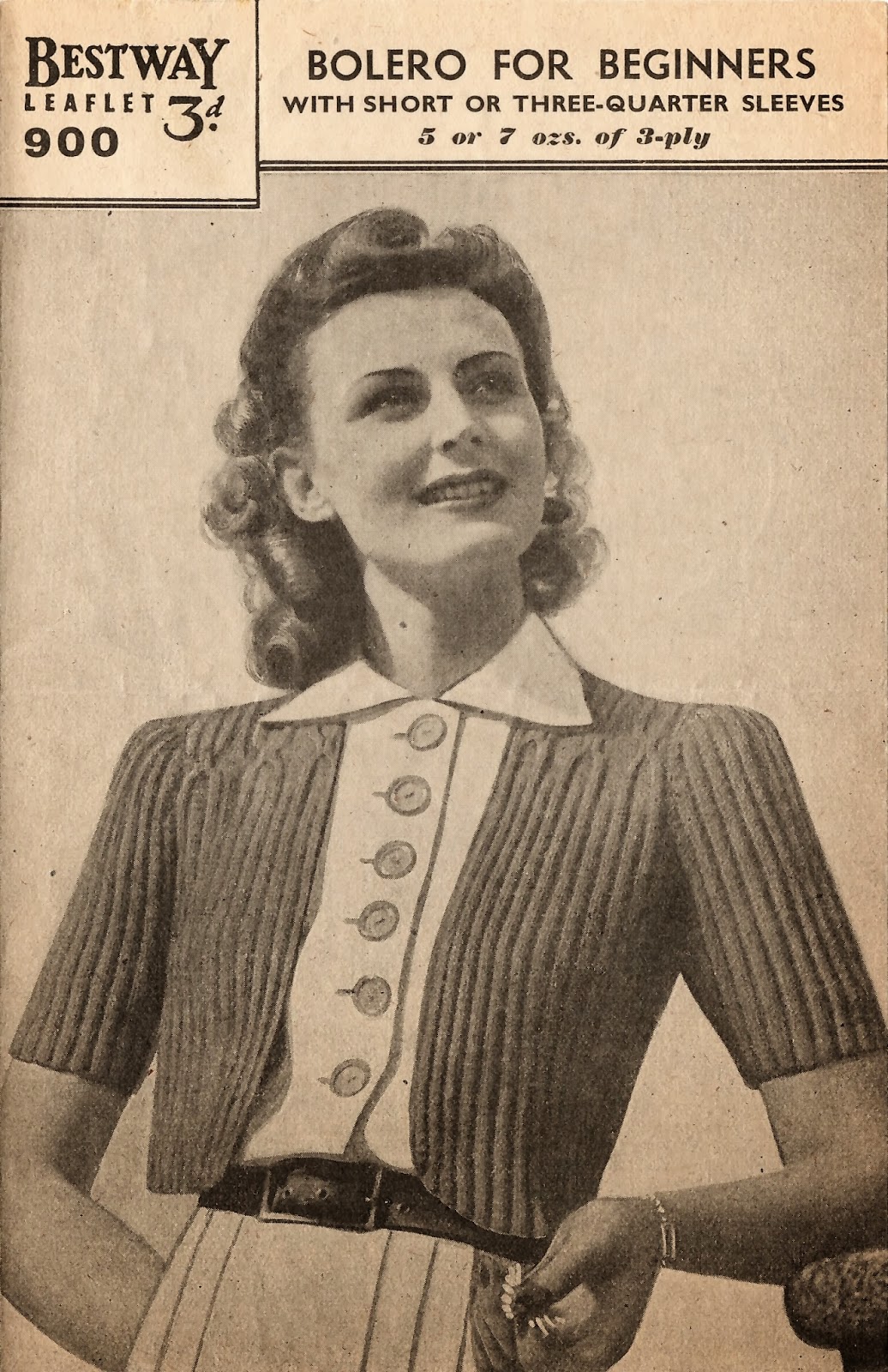 It was started last year when I was going through a stash busting phase, trying to use up some of the copious amounts of double knit yarn that seems to breed under my bed!

Green being my favourite colour, I couldn’t pass up the chance to see my favourite Stylecraft DK shade of meadow be used for such a pretty project.  Sadly, I should probably have taken more care with my calculations because, yet again, I ran out of wool!

It took weeks to find more wool from the same dye lot, and by the time it was found, I’d moved onto my next project, and the bolero was consigned to the cupboard.

The task of completing it wasn’t too daunting, as it was only the one sleeve to get finished.  Here it is in all its green glory! 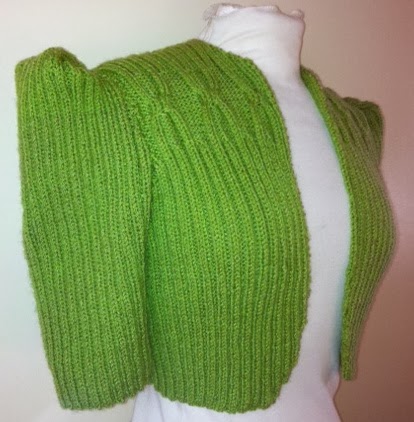 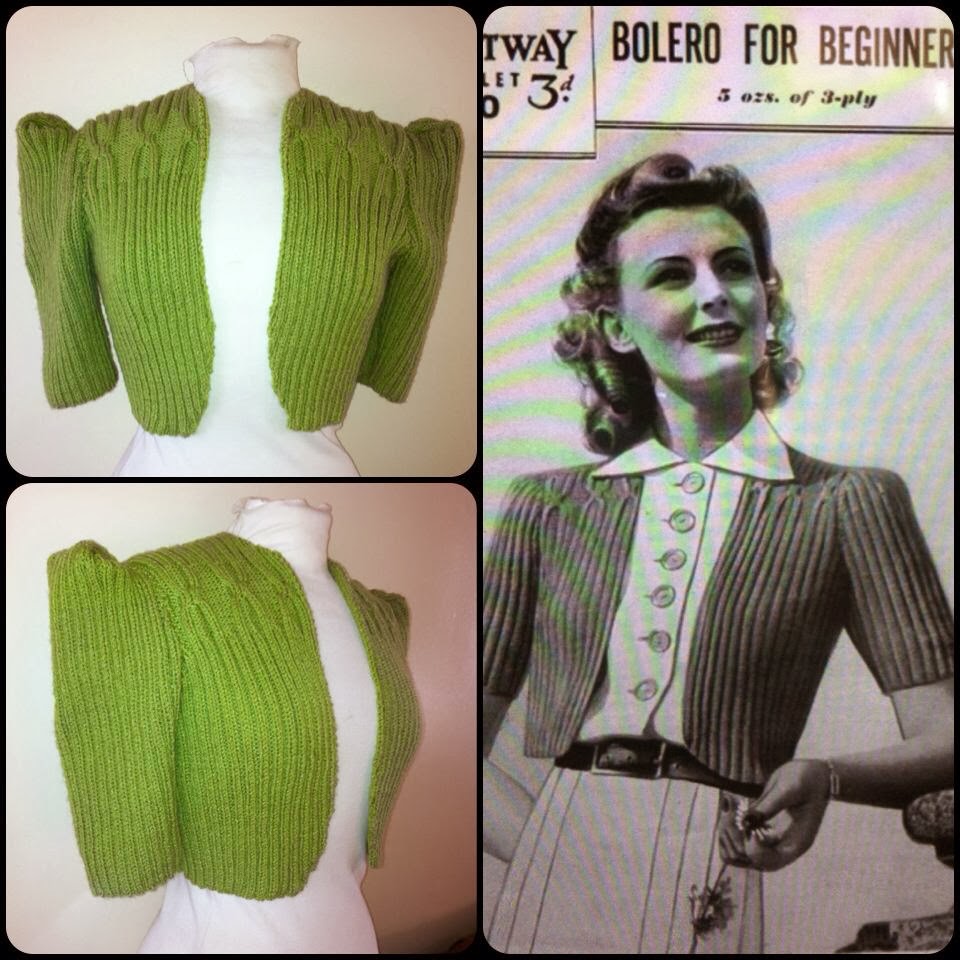 I posted a picture of it on Facebook and was astounded by peoples’ reaction.  When it was listed on Etsy, it sold within 10 minutes!  The new owner is none other than the lovely Fleur De Guere, I think she wears it well :o) 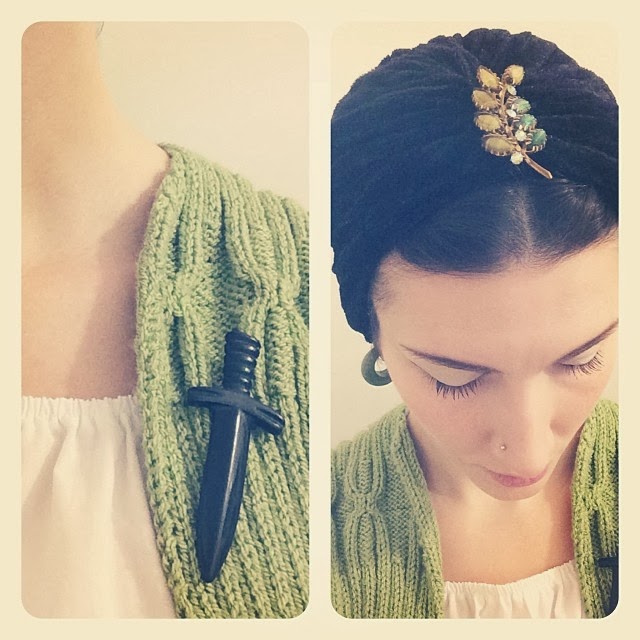 Because of how popular it is, I’ve already cast on another one, this time in a pretty blue shade that reminds me of spring. 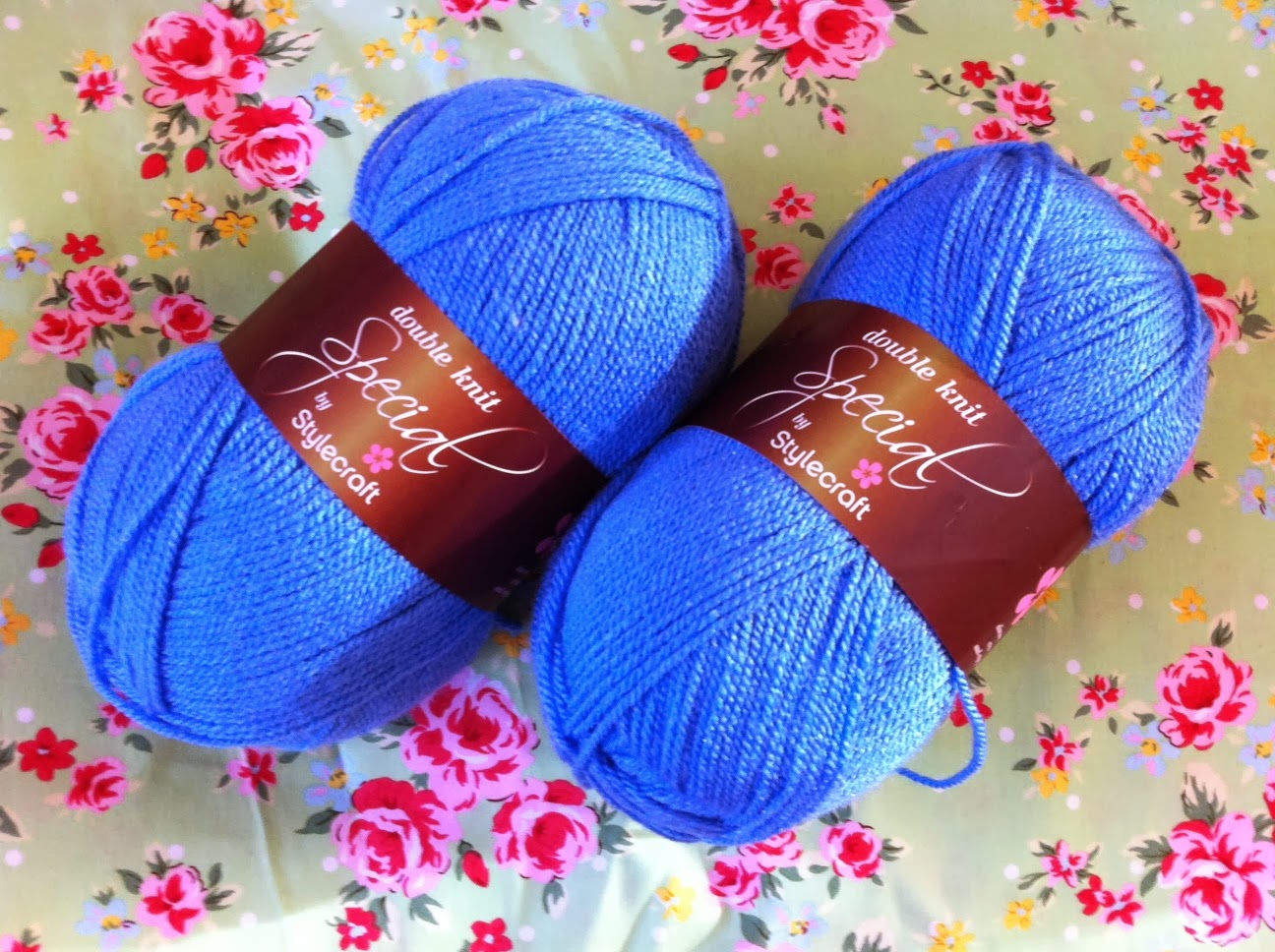 Next to be pulled from the cupboard was a blouse, made from an original 1940’s New York pattern.  The only finishing it required was bound buttonholes!  Oh, how I hate doing bound buttonholes. 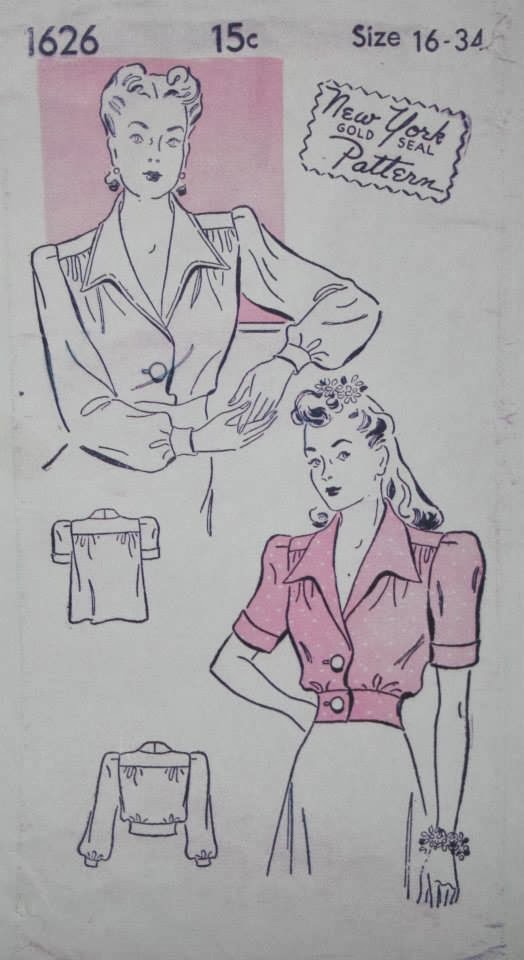 It has been made from original 1940’s novelty print fabric that I bought from , and was stung for import tax on; don’t you just love an £8.00 handling fee?!!  Anyway, the fabric is pure cotton, in a sort of spring green, with the sweetest stylised telephone design! 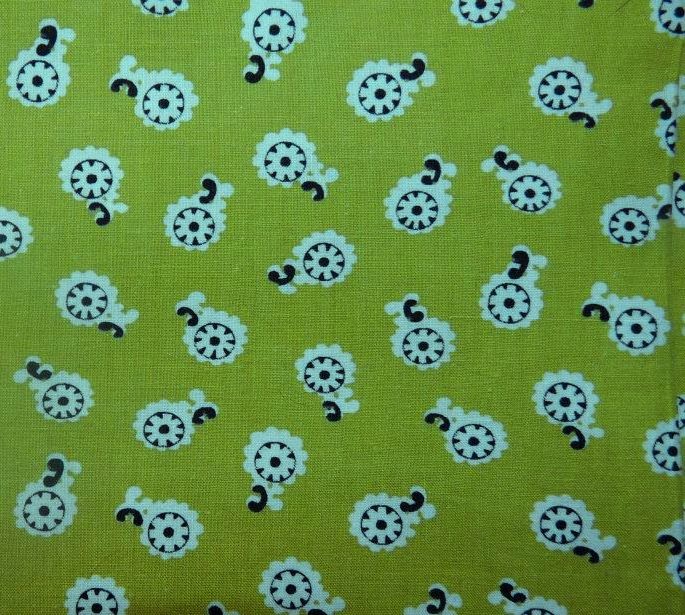 It’s quite a blousy kind of blouse, low fastening, with just two buttons.   It’s definitely a statement piece and not one for the modest.  It has been finished with 1940’s black Bakelite buttons, and is currently for sale in my Etsy shop, which can be found here.

Last, but by no means least, is a dress made from an American Hollywood pattern from the 1940’s. 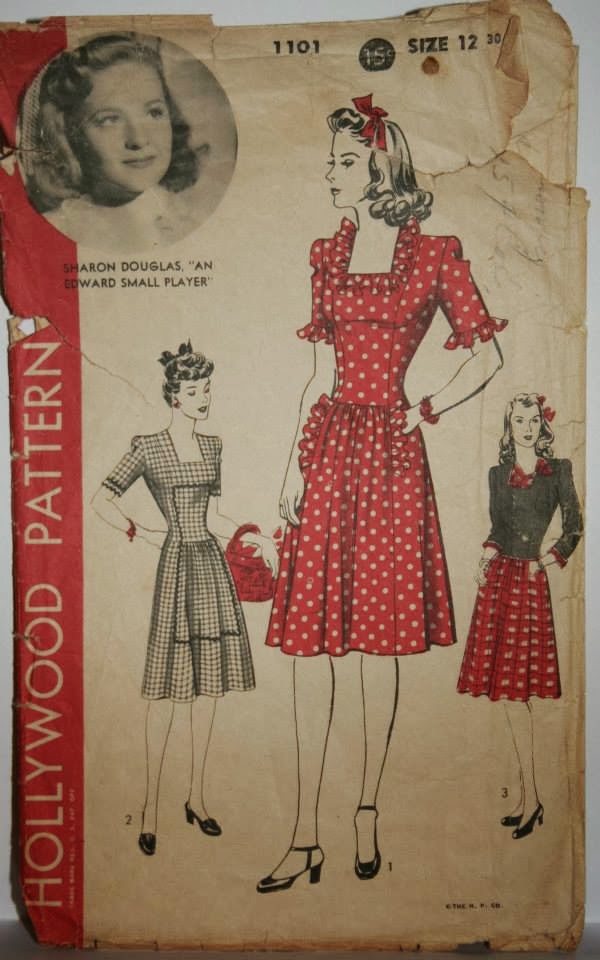 The fabric was originally bought to make a blind for the kitchen, but when it arrived, it wasn’t the modern cotton that I expected, but was actually a piece of original 1940’s heavy cotton rayon mix.

It was a squeeze getting the dress out of the narrow 35” by 2 7/8yds piece that I had, but, because it had no nap, I was able to follow the pattern, just, but it meant I didn’t have enough fabric left for ruffles.

I decided to do self covered buttons, because they looked best, and to keep it as authentic as possible, I fitted a vintage metal zip.  It's a simple dress, but I love it, especially the little bit of gathering in the front.

It’s a fairly decent size, measuring a 36" bust, but it just won’t squeeze onto the dummy, so I’m afraid we’ll have to make do with a rubbish hanger shot! 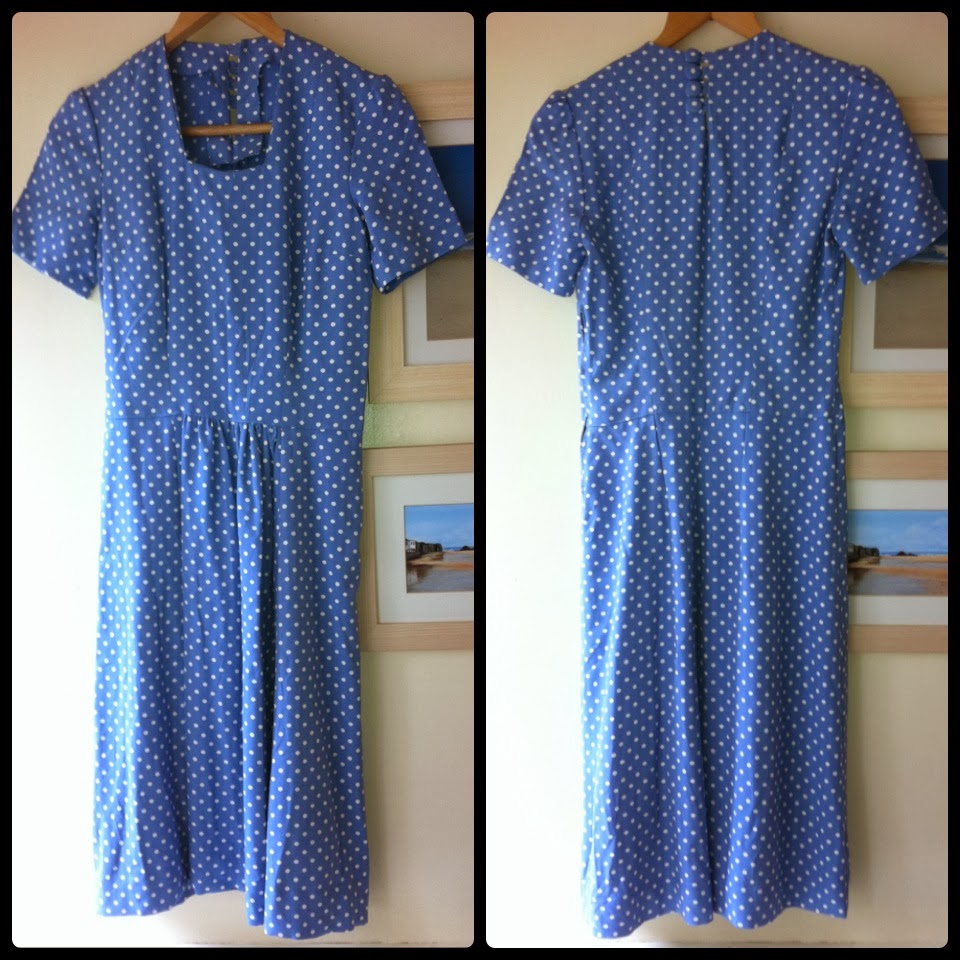 I still have a few more projects to finish off, a couple of jumpers, and another dress, but they are waiting in the wings while I frantically try to get my Knit For Victory piece finished. 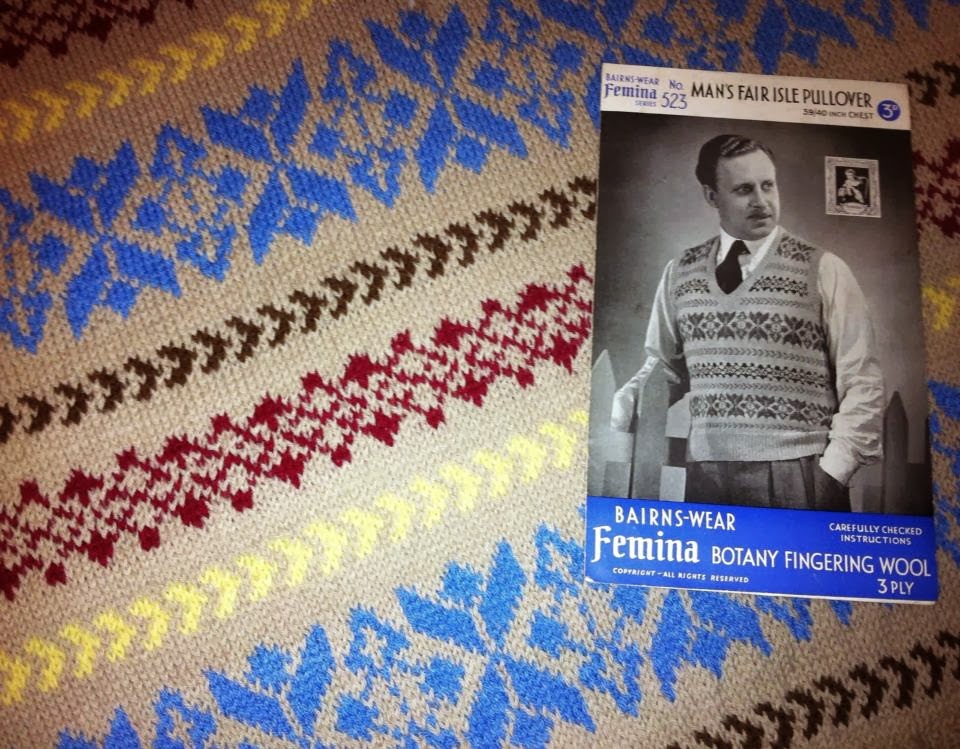 I’m getting there, and I’m sure my dad will be pleased with it, but I still have half of the back and then the neck and armholes to finish, so I’m sure you can guess what I’m going to be doing for the next few evenings :o)
Posted by Lucy at 04:35