Back in 2013, I acquired a small collection of RAF uniform from a private collector in .  The pieces had been in her collection for over 30 years, and originally belonged to one incredible man.

As a general rule, I try to steer well clear of WW2 uniforms.  It’s not that I don’t find them fascinating, because I do; it’s just that I know very little about them and therefore I leave the trading of such things to the experts.

However, just occasionally a collection comes along that is just too darn intriguing to resist. The history attached to a piece of uniform can be fascinating, and in such cases, the budding historian in me, eager to know more about the original owner, wins through, and the piece gets brought home with me! 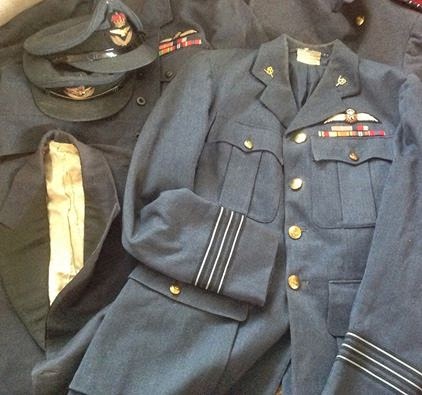 The collection consisted of a 1945 dated greatcoat, a 1941 dated tunic, a 1930’s mess dress jacket and waistcoat, a pair of post WW2 mess dress trousers, 2 1950’s caps, a late 1940’s blouse, a leather sword frog, some leather gun holsters, and a pair of plus fours with matching waistcoat.  While the sword frog and gun holsters are now sitting happily on my dad’s Sam Browne, the rest of the uniform had been safely stored away, while I pondered what to do with it. 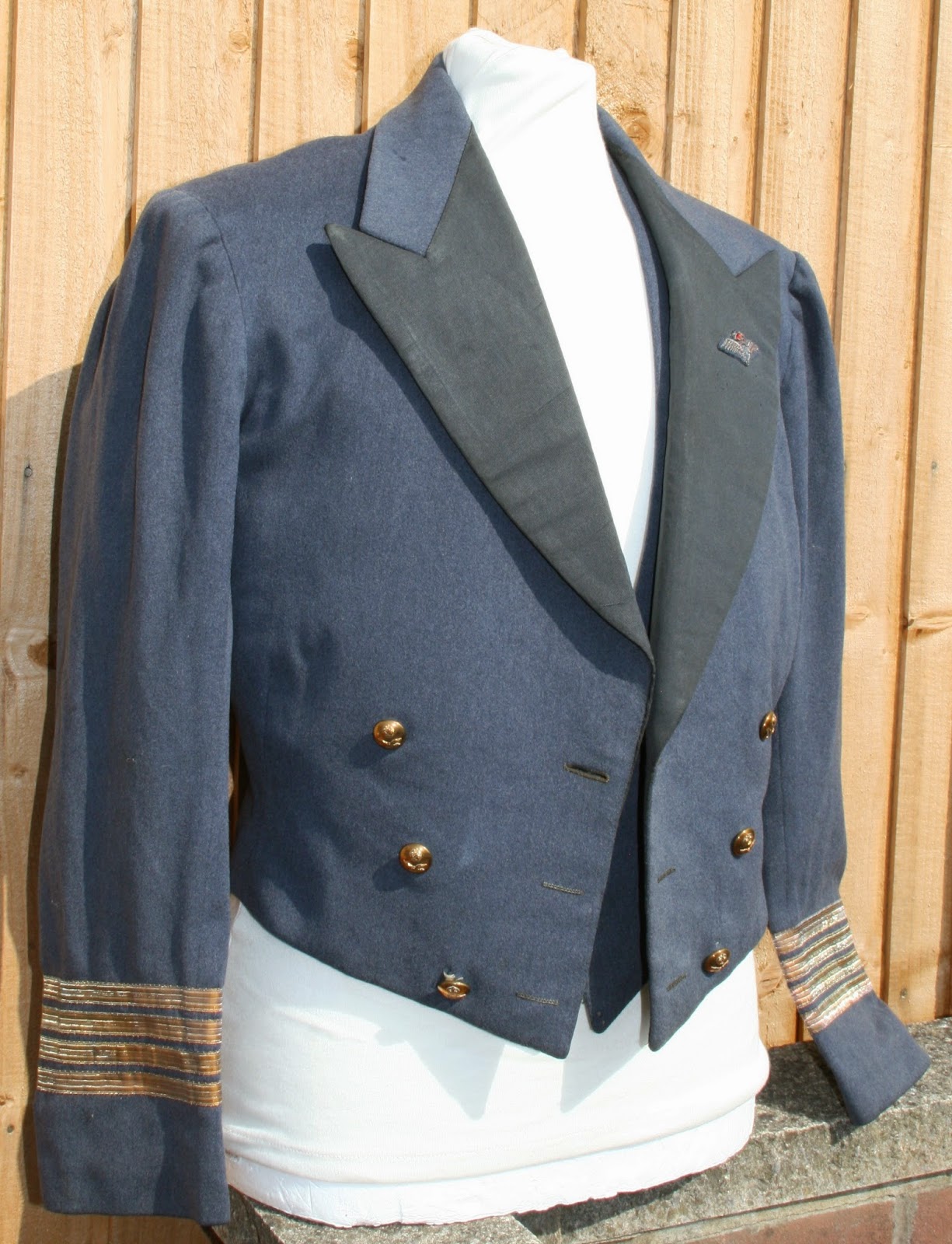 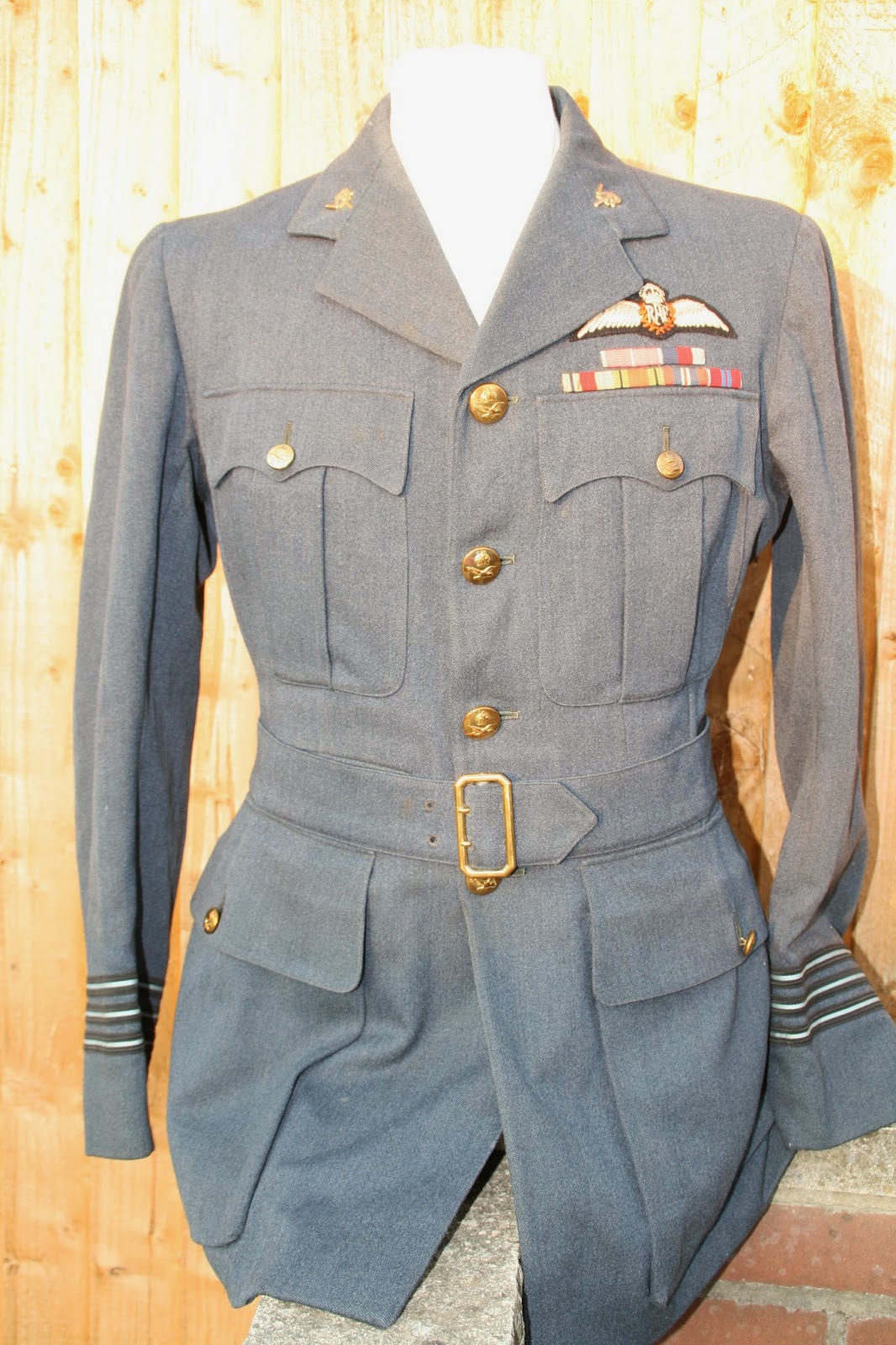 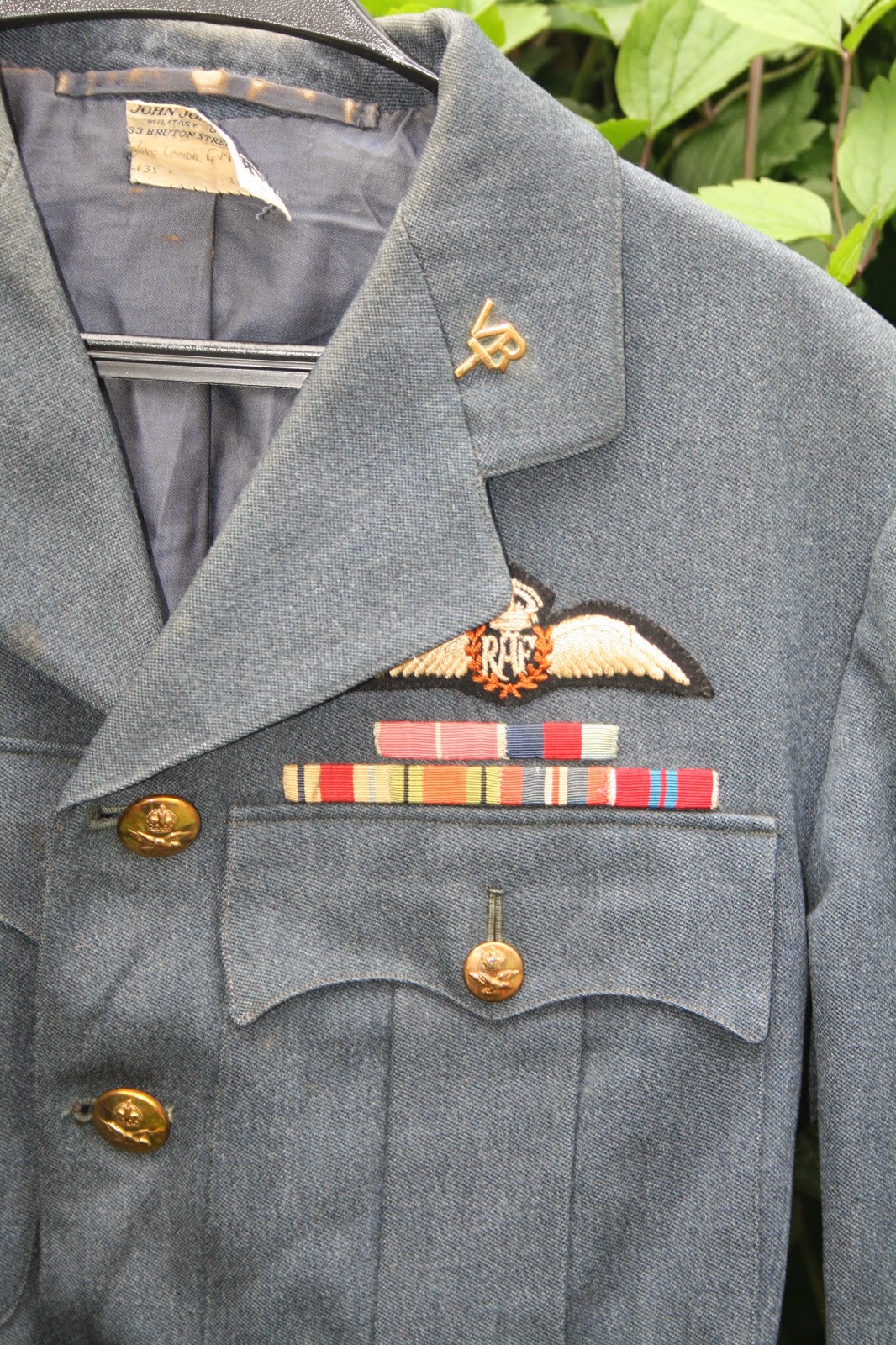 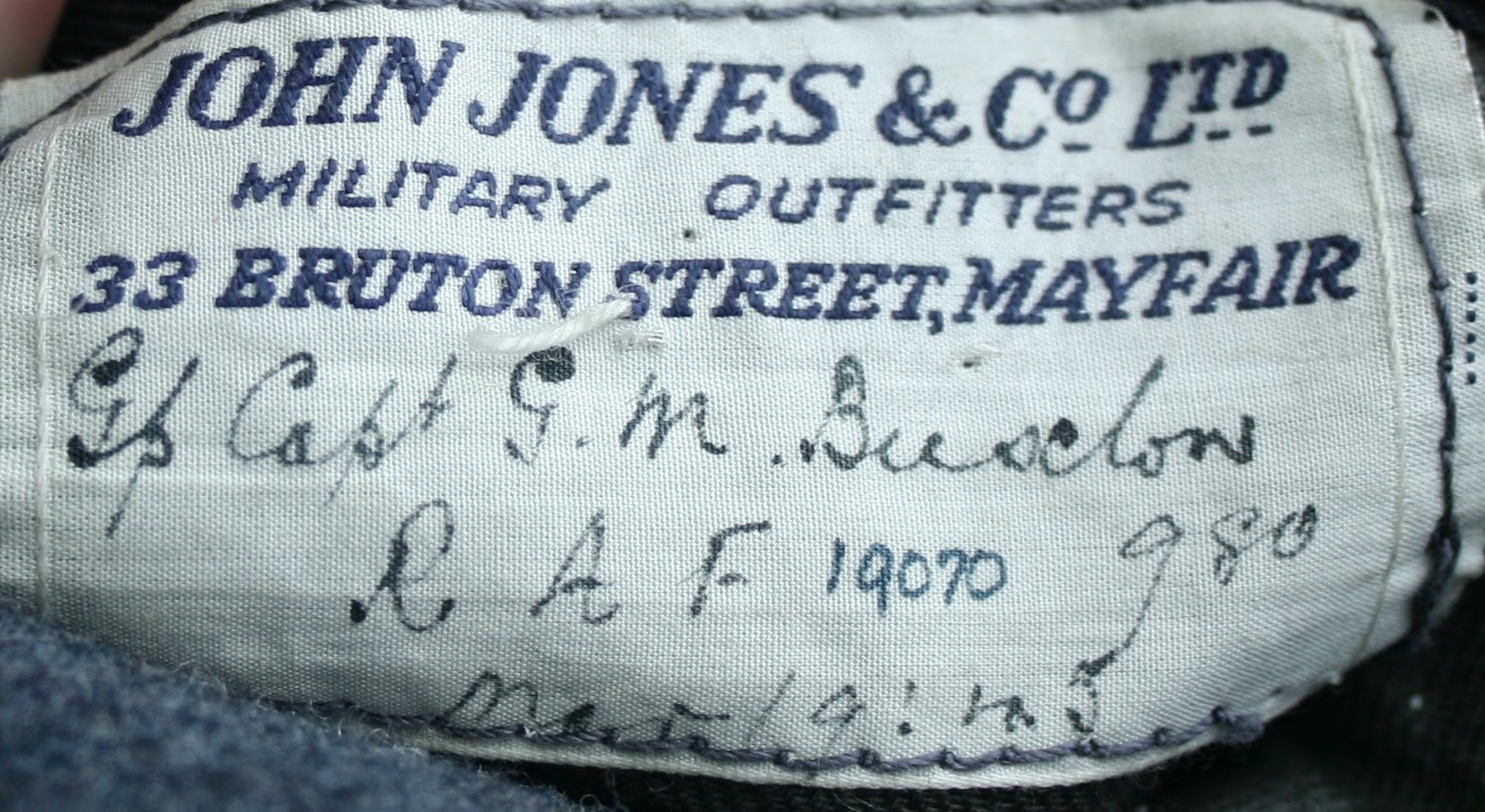 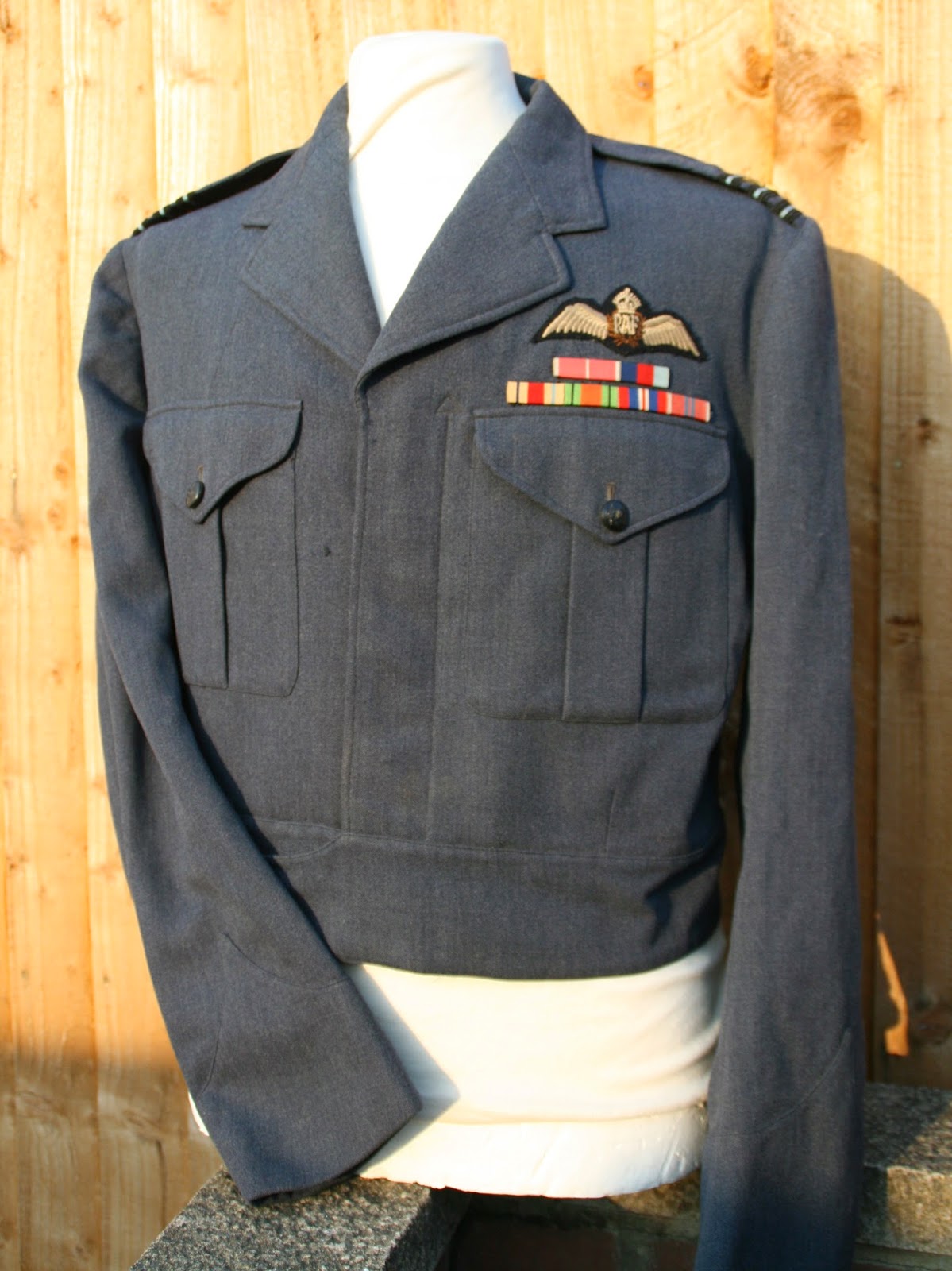 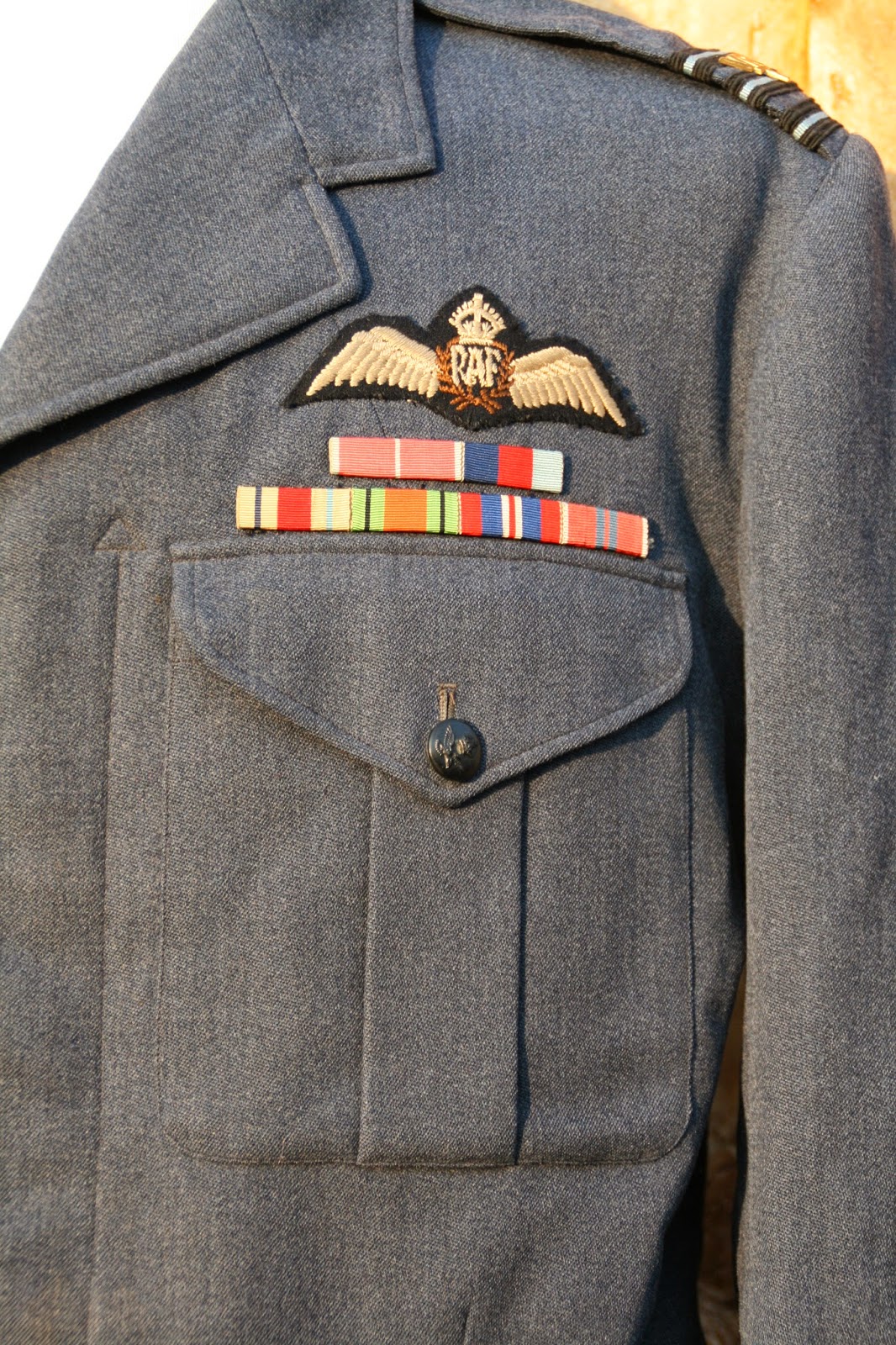 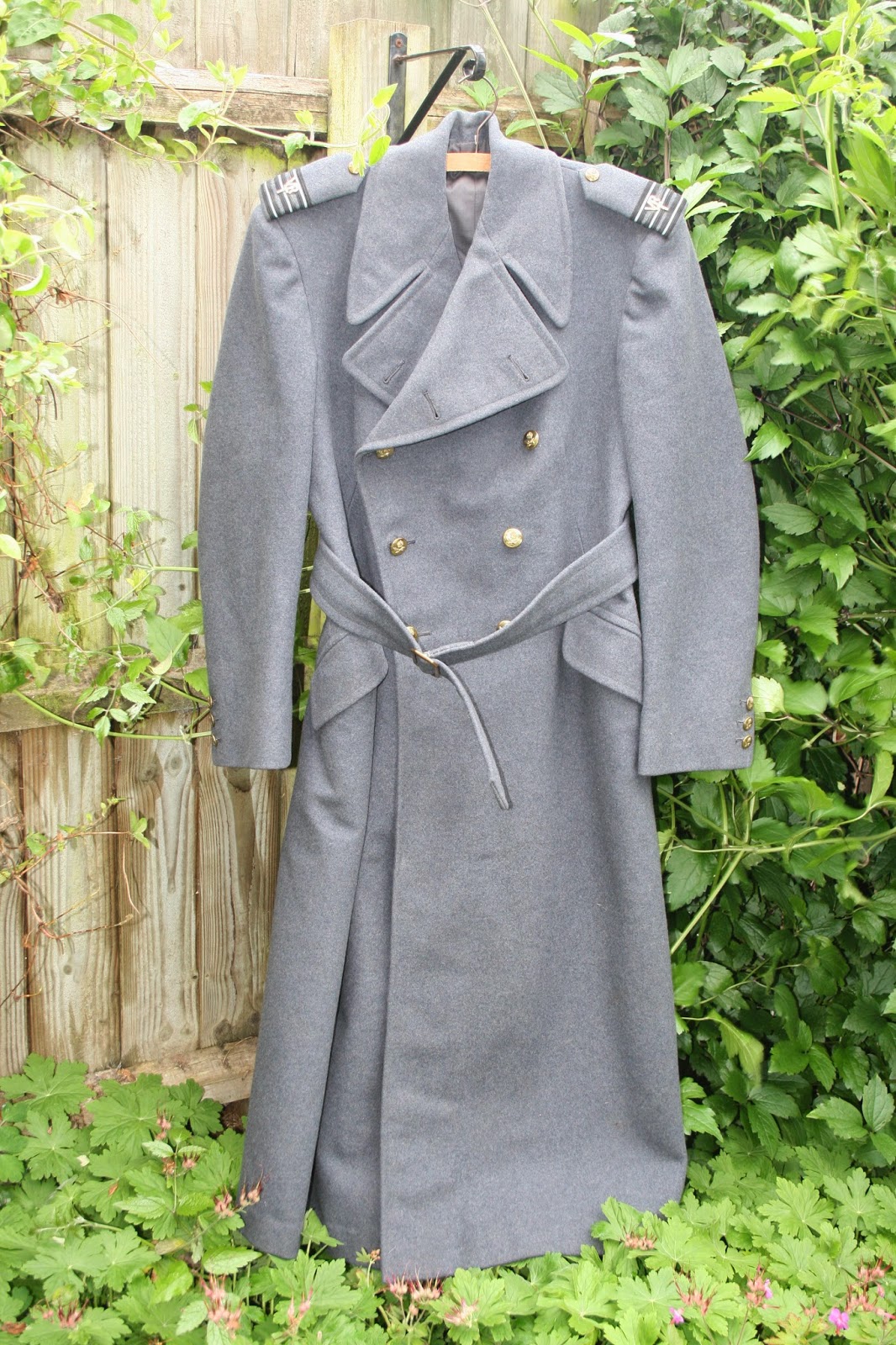 Being bespoke made some of the pieces bore the original purchaser’s name, a G.M.Buxton.  Some delving later, and we established that the uniform we had was originally made for Geoffrey Mungo Buxton, a Wing Commander, later to become Group Captain in the RAF during WW2.

A search of the Internet turned up quite a lot of information.  Technology really us a wonderful thing, and after putting out a request some months ago to see whether anybody had any information about Buxton, I was incredibly lucky to be contacted by his daughter, who furnished me with some invaluable information.

So who was this man?  Well, Geoffrey Mungo Buxton was born in 1906.  Buxton entered the air force as soon as he left school.  He trained in with them, before being sent to where he achieved a starred first in aeronautical engineering.

During WW2, Buxton was involved in research experiments with “Queen Bee”, seeing whether wooden gliders would get picked up by radar.

Post war, he was sent to to see how far the Germans had got developing rockets, and the like.  His record of his trip to is held by the , Hendon.  He worked at the Ministry of Supply until 1956, when he retired to .

Fascinating, don’t you think?  My heart says keep it, but my head says it needs to find a new home with someone who will, hopefully, love and appreciate it as much as I do!  Parting with it is not an easy task, but it has, very reluctantly, been listed on eBay, and you can find the listings by clicking here, and then looking at my other items.

I would dearly love the collection to stay together, but realistically, it is likely to go to separate buyers.

So if you, or anyone you know, is in search of some RAF uniform, then please take a look at my eBay auction, and give a piece of fascinating uniform a new home.
Posted by Lucy at 00:15