A Bit of This and That.

Well, I was looking back through my blog and it would appear that it has been a while since I’ve done a catch up post, so I’m here to try to rectify that!

So what have we been occupying ourselves with lately?  Well, let’s go back quite a few weeks, back into October, to be precise, when the weather was unseasonably warm, and the evenings weren’t as dark and chilly as they have been of late.

October started out pretty poorly really, when we had a decidedly scary few days when some planned building work went awry.  The back of our Victorian house is rendered.  It wasn’t something we had done, it was done many years before we bought the property, but we had always wanted to have it refreshed as there were some cracks in it, as happens in old properties.  Anyhoo, the builders turned up with cement, sand, mixer, all that gubbins, and the craziness and mess began.

Argh, the dust!  I’ve never seen so much dust.  It was literally everywhere; in the cupboards, over all my precious things, at the front of the house, the back of the house, up my nose!  I’m sure you get the picture.

I won’t bore you with the finer details, but the long and the short of it was that on the second day, they discovered that the moron of a builder who had done some previous work on my beloved home had basically rendered the property to cover a multitude of his sins and shoddy work!!  Cue tears, fretful phone calls to parents and chocolate consuming!

Thankfully, the builders were incredible, (I think my tears had a hand in that) and when plied with bacon and egg sandwiches, with added dust!, they worked tirelessly to put right what had been done oh so wrongly, and made everything good once more, with not a shoddy bit of brickwork in sight!  They were even kind enough to let my curly haired girl have a go at rendering! 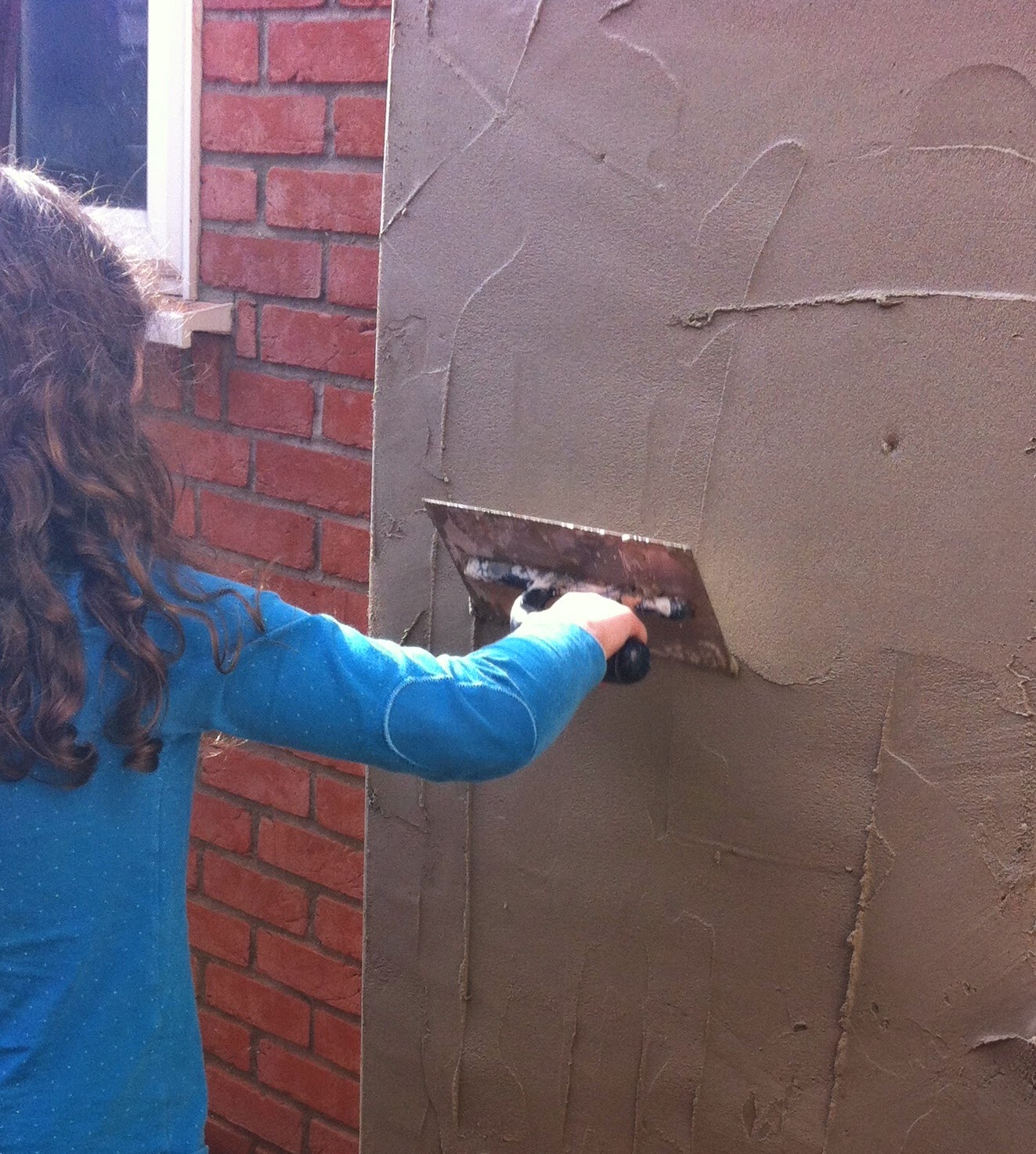 Understandably, our daily routine was up in the air, and it took me a couple of weeks to get things straight again, hence my sporadic Facebook and Blog updates!

However, the half term brought with it a week off together, so we made the most of it.

Somewhere we’ve always fancied visiting was .  It’s quite a trek from home for us, some 160 miles, but we combined it with a little hotel stay so we could enjoy an entire day riding the trams without a tiring journey home. 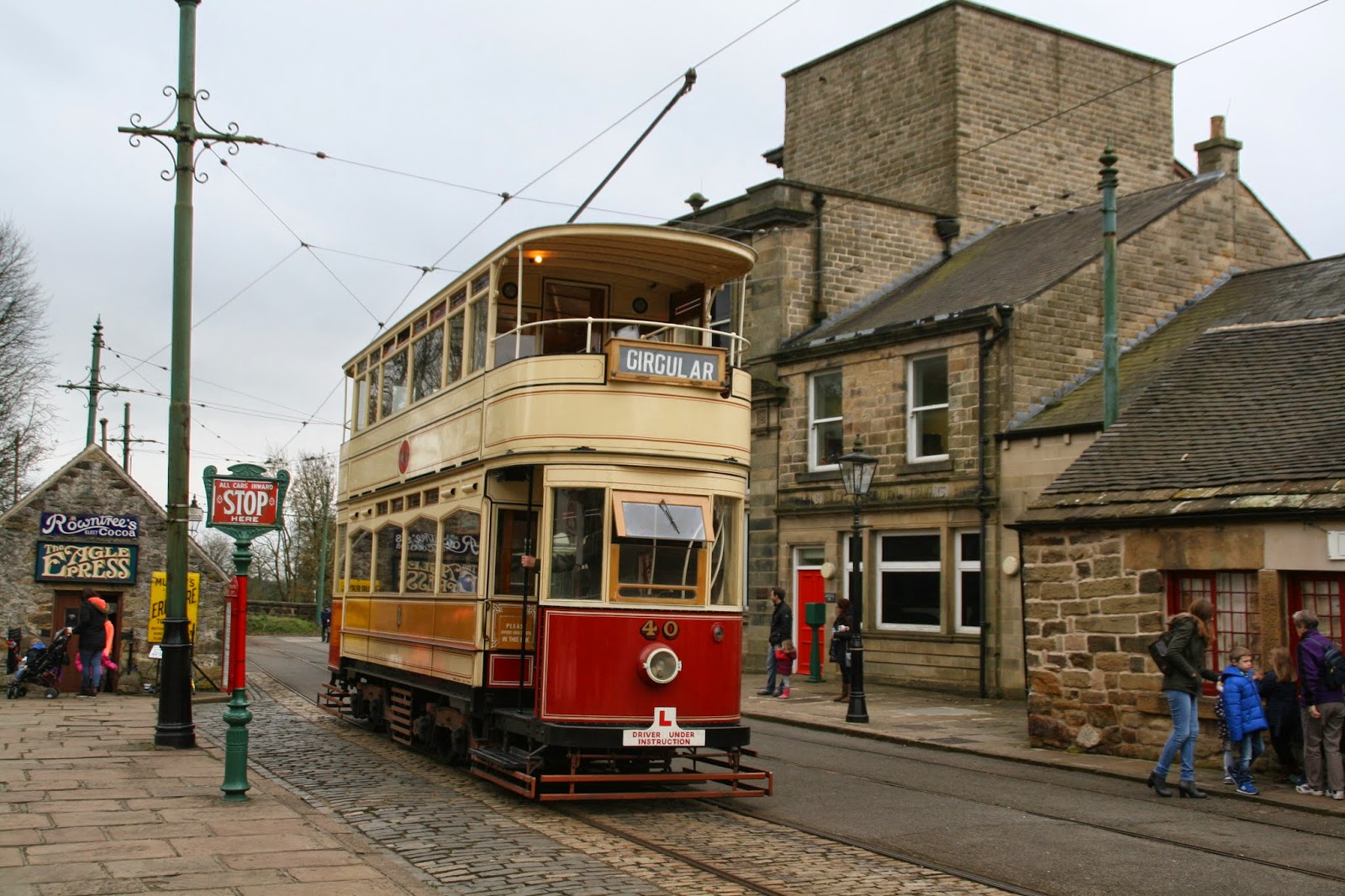 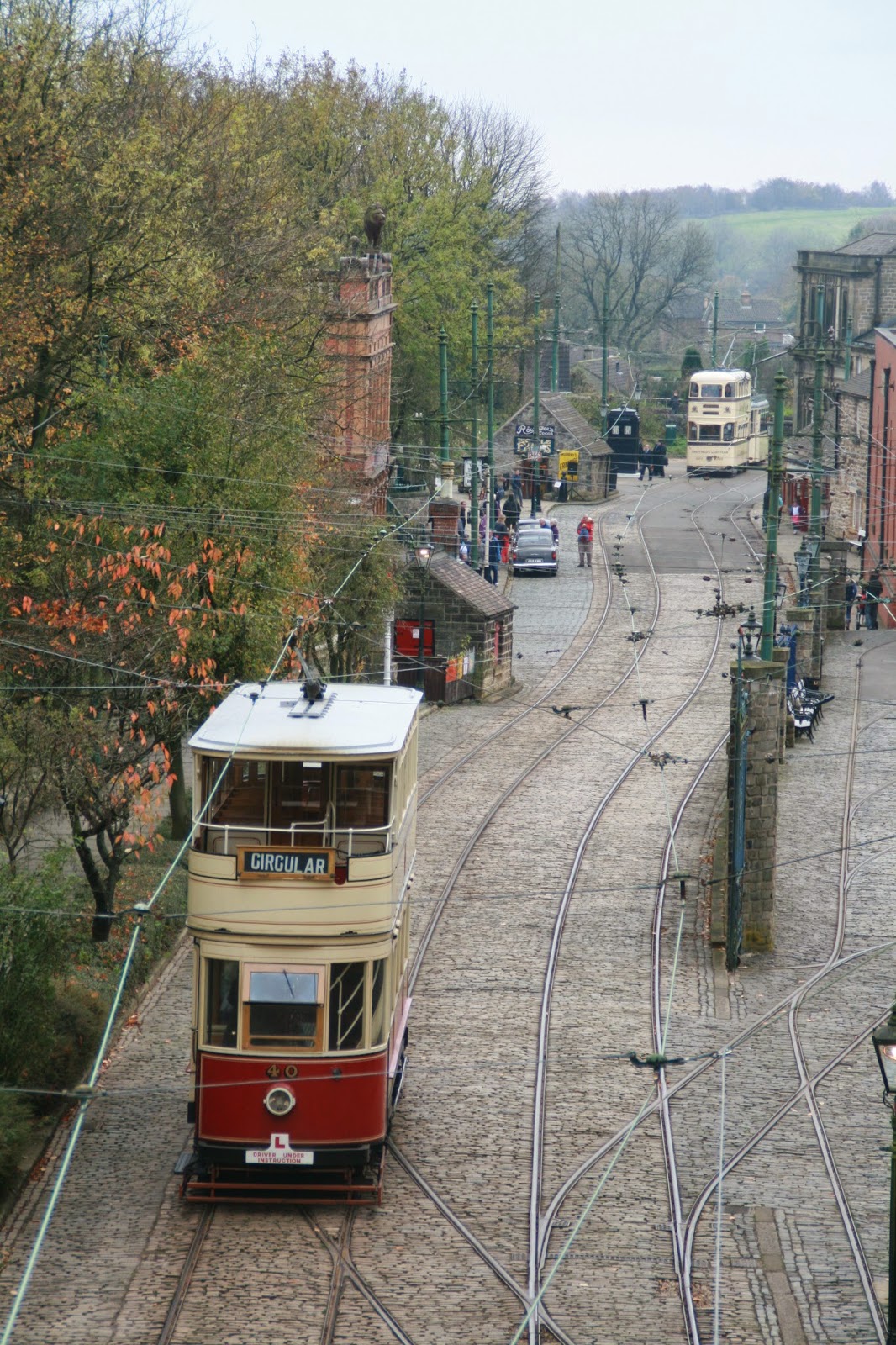 The girls loved it and my Mr was like a child in a sweetshop looking at all the trams in the shed!  The village had been lit for Halloween, so we waited until dark, when many people had gone home, and saw the woods in all their eerie glory!  M isn’t that keen on the dark, so stayed firmly at my side, her warm little hand held securely in mine.  C, dressed in her dark winter coat, found it hilarious to creep up on her dad in an attempt to frighten him!  It is on days like this that their personality differences really show. 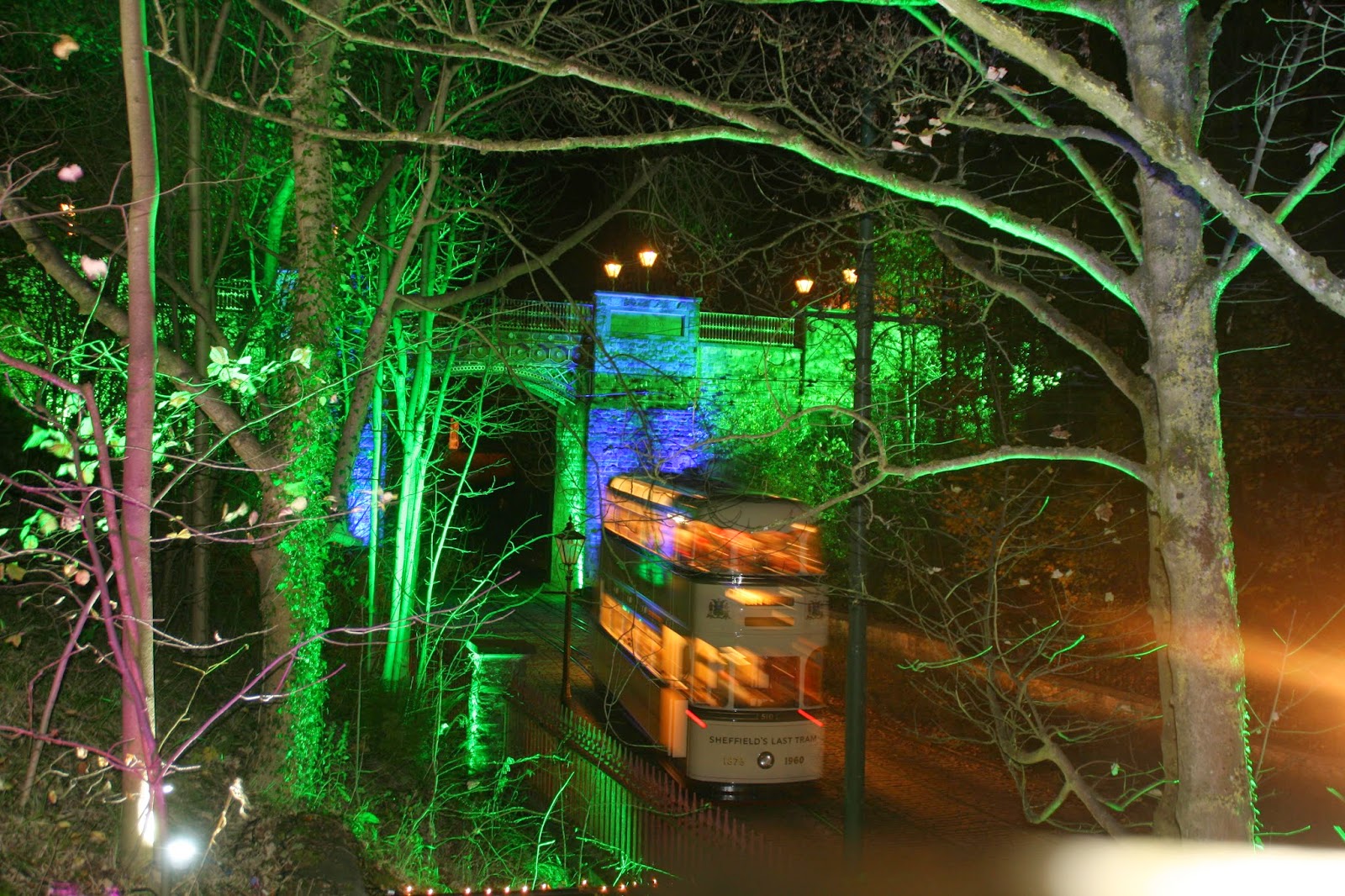 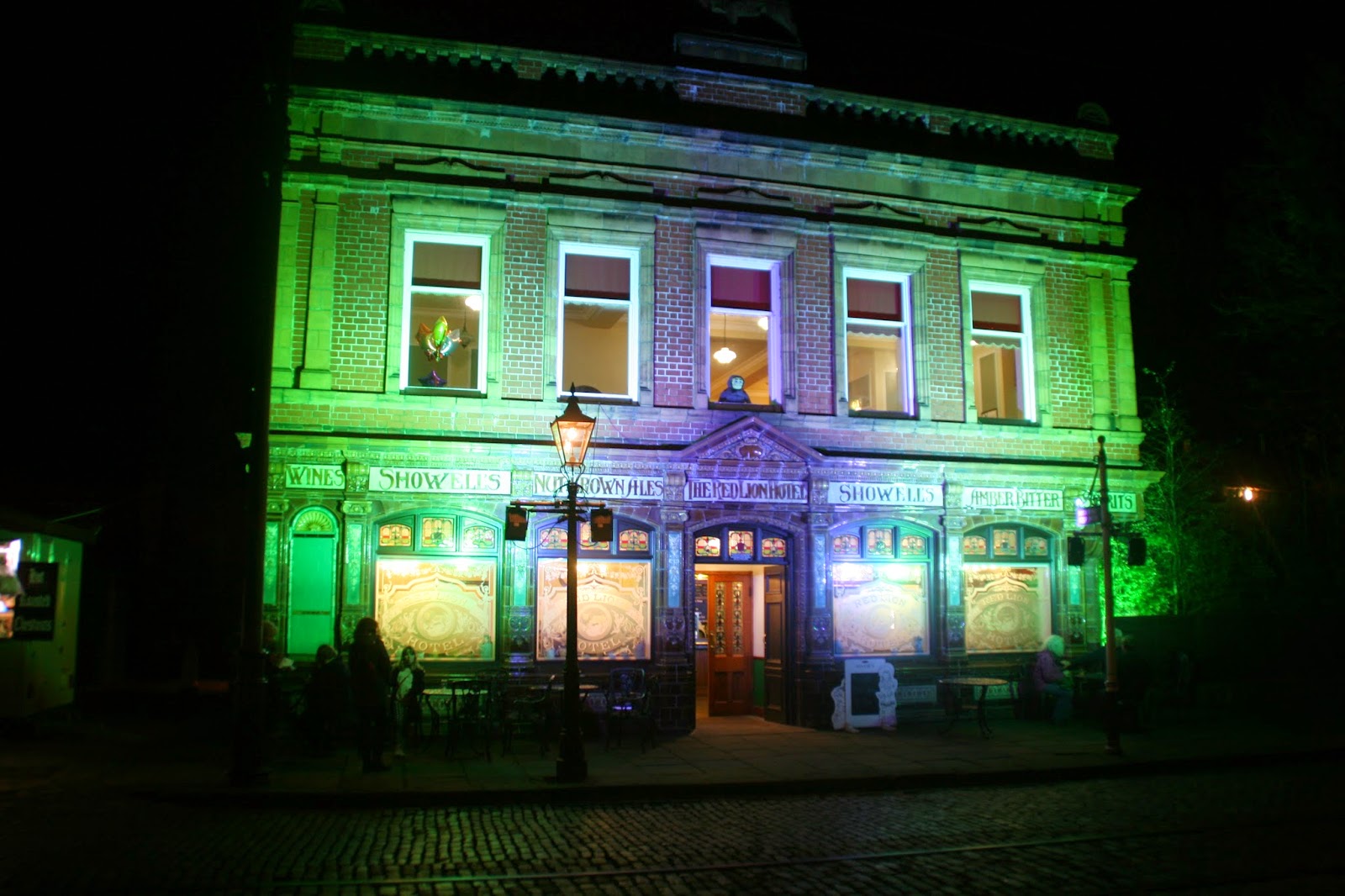 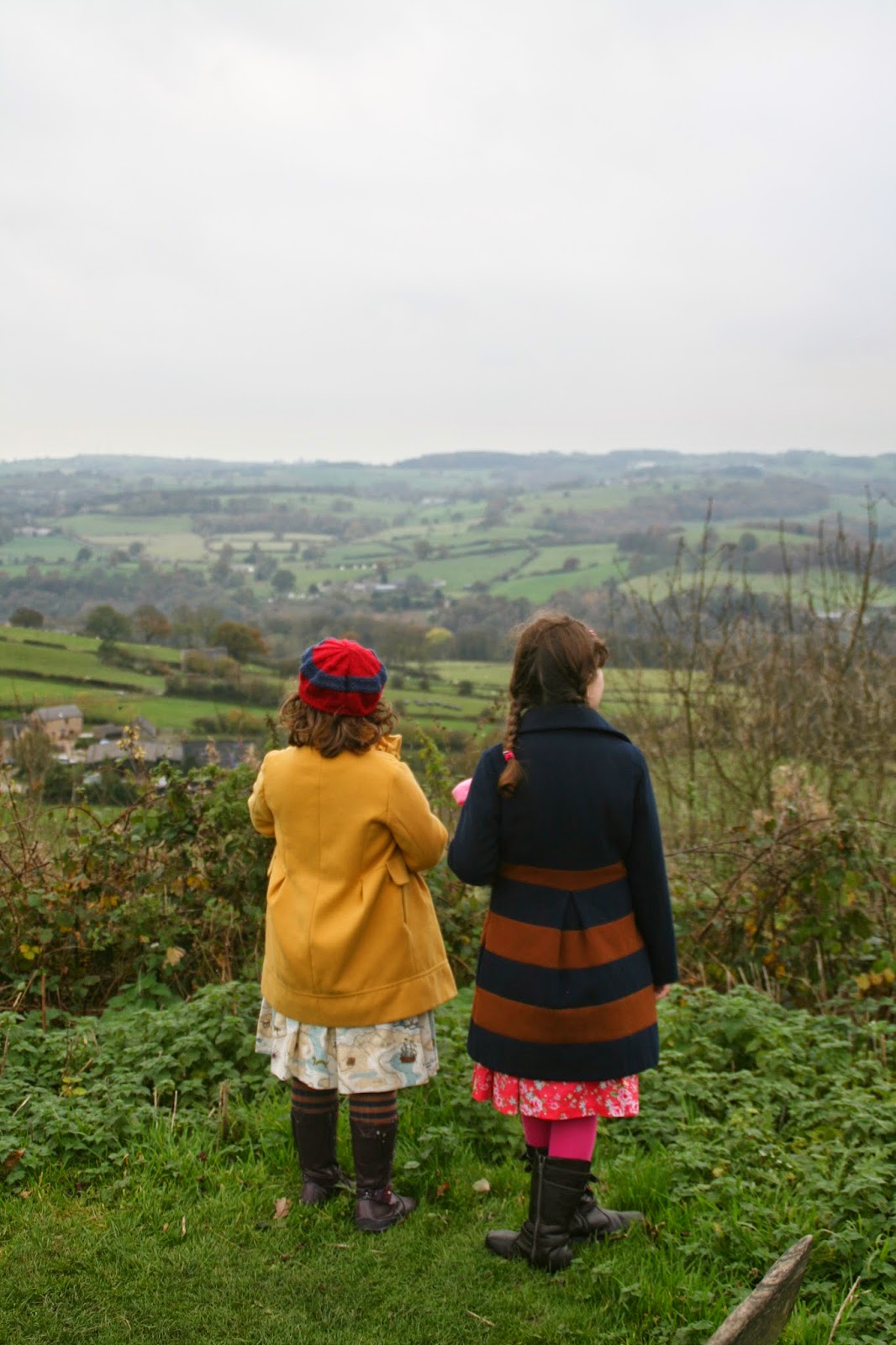 The end of October meant it was time to pick the pumpkins which had been so lovingly grown by the girls.  The pumpkin plants ended up being gargantuous, creeping their way over an immense amount of the garden!  Who knew they could grow so big!?  Not us, that’s for sure.  The girls’ were rewarded for their green fingers, and the plants yielded these weighty beasts (and a tiddler to boot!) 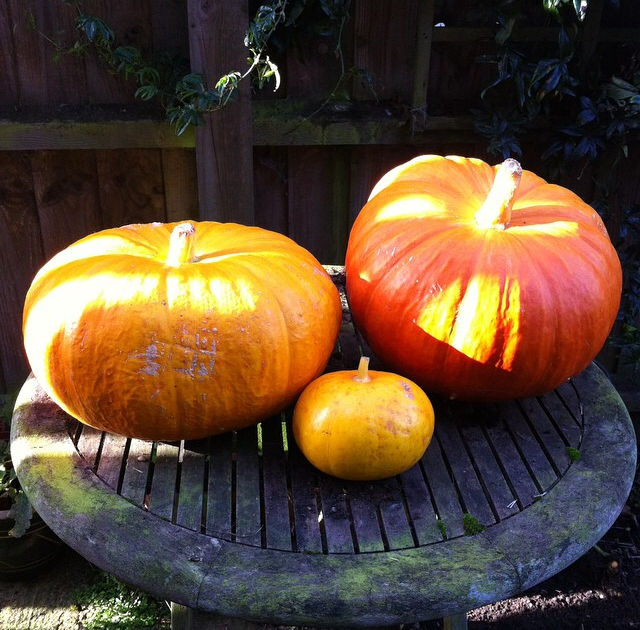 A couple of weekends ago, we went to for a real whistle stop tour!  We spent little more than 30 hours in my Mr’s beautiful home county, and we were asleep for 15 of those, but we had a good reason for going.  We did the annual family Christmas present drop off and we picked up our new car!  I’m not really that fussed about what car I travel in.  My only requirements are that it will get me from A to B safely, but I have to admit that I am a little bit enamoured with our new automobile, not least because it has heated seats and can keep my backside warm in the coming winter months! :o)

On the way home from , we stopped, as we always do, at Reading Services (oh how I dislike motorway driving!) and were persuaded by our two little monkeys that there was a “need” to bring some tasty delights back home to .  Mmmm……..doughnuts!!!!! 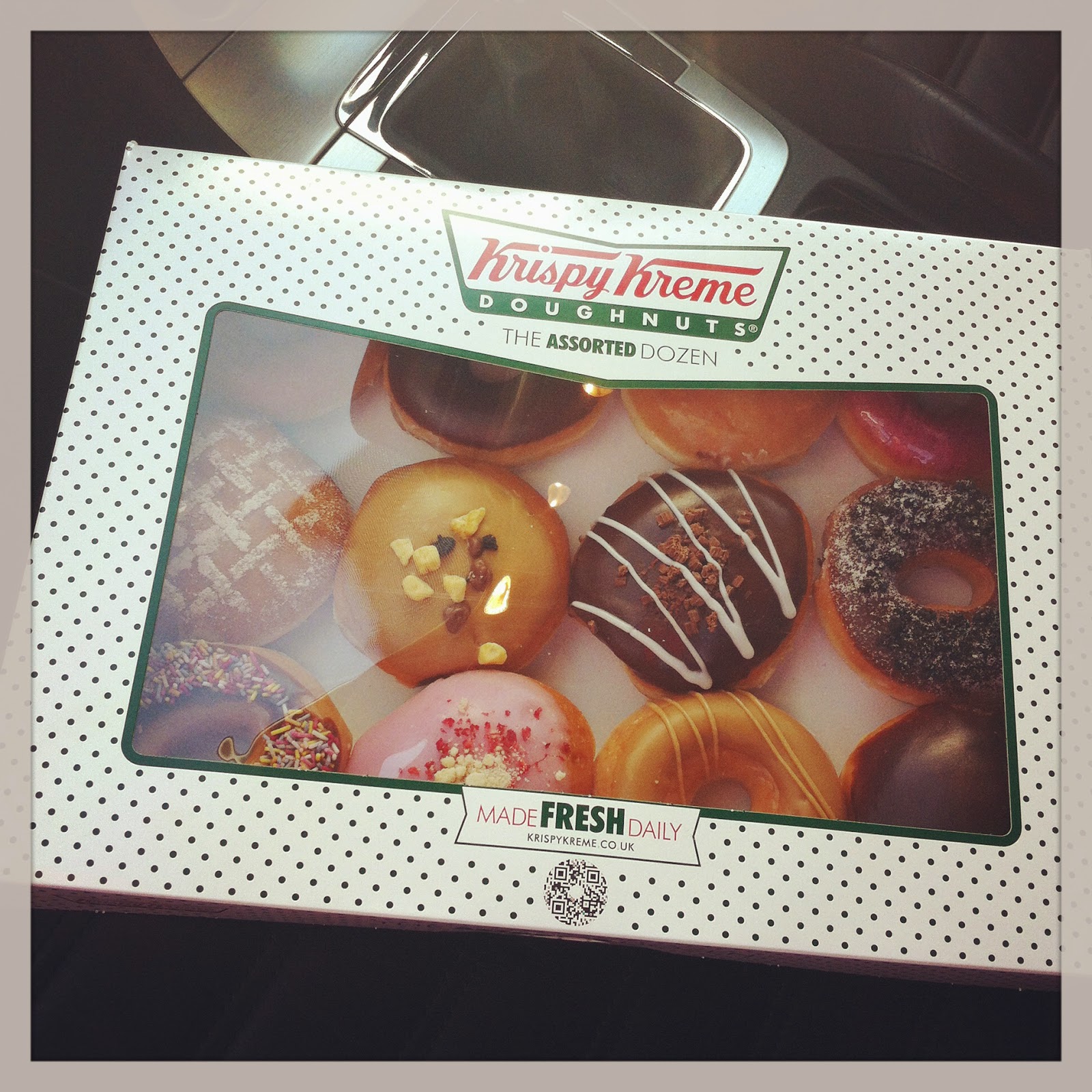 On the 16th, we celebrated 12 years of marriage.  I can’t believe I’ve been with this man of mine for over 13 years!  It’s been a fantastic journey.  We had a lovely family meal, and then just the two of us went to watch The Imitation Game at the cinema.  The film was brilliant, a worthy watch, so much so that I hope to go again. 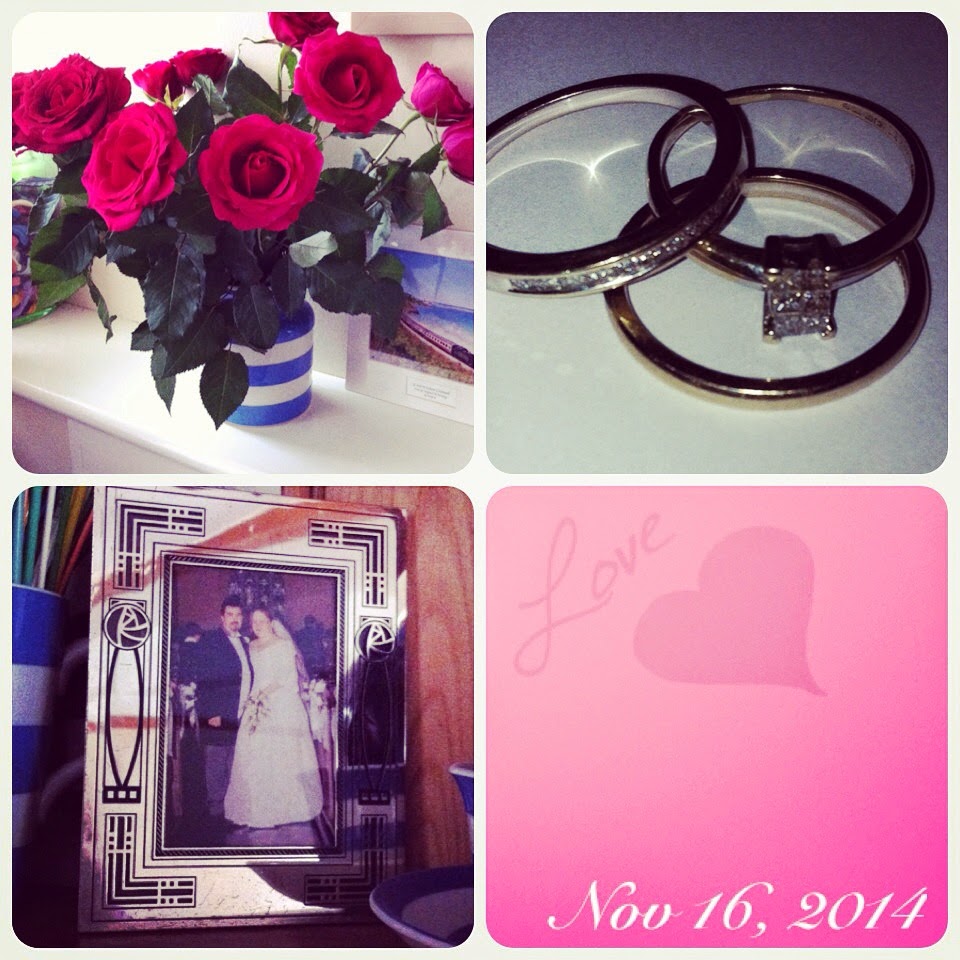 When my fingers have needed a break from the knitting needles, I’ve picked up a spot of crafting of the felt kind and have made some more posies, and have finally added some more anemones to my Etsy shop. 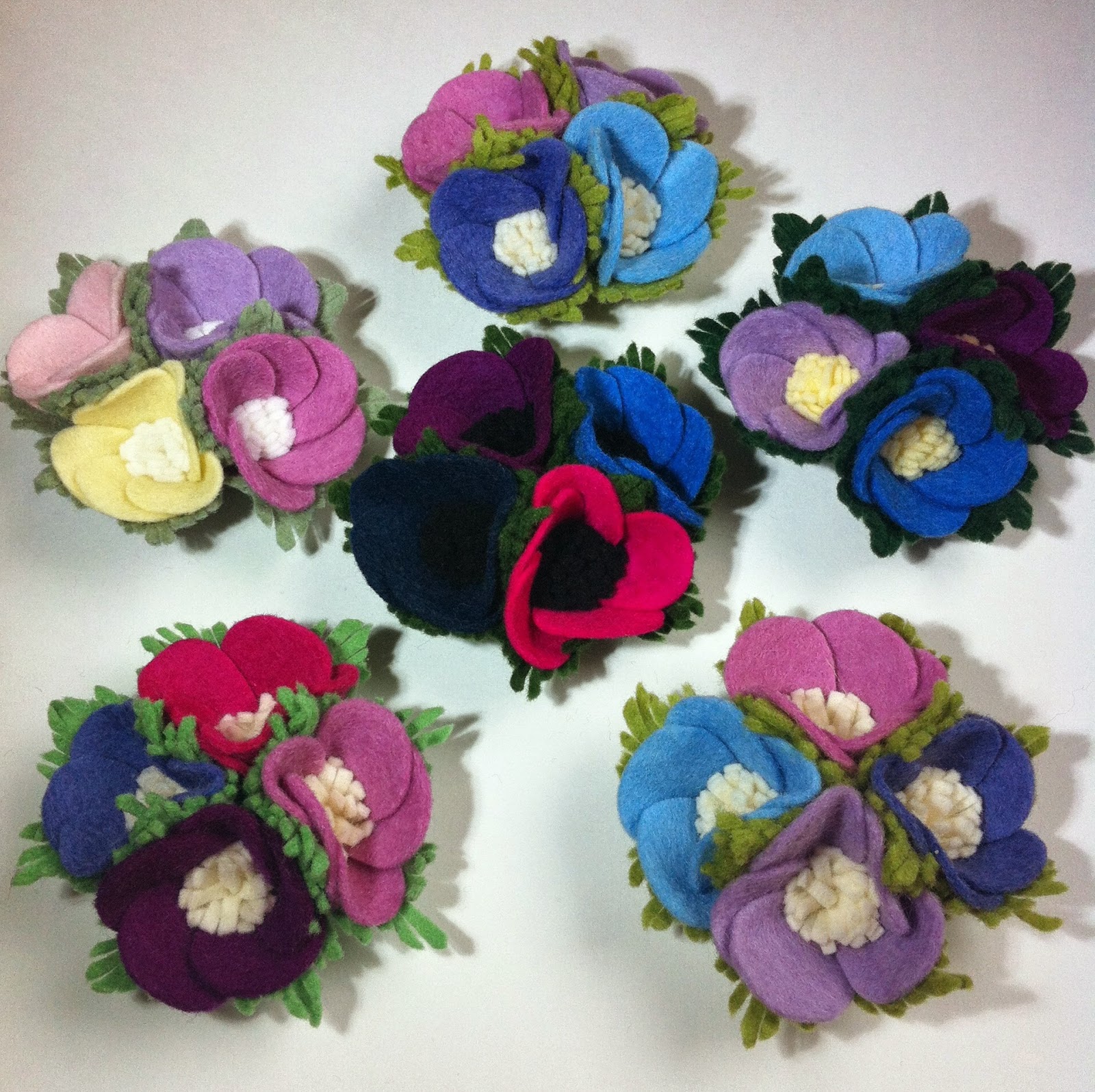 A friend kindly informed me today that it is only 4 weeks until Christmas Eve!  Are you ready?  I’ve dipped my toe in the water, so to speak, and made a start, albeit a feeble one, on preparations for the big day!  Four cakes baked, I must add not all for us, and 3 puddings boiled.  The house smelt fabulously festive.  Ever since I was a child, the smell of the cake baking slowly in the oven has signified the countdown to Christmas.  I can’t deny it, I am more than a little bit excited about this festive season :o)

Talking of festive makes, I have decided, maybe foolishly, to once again make some handmade gifts.  I fear I’m being a little ambitious, as I have picked some not so small projects.  One is a jumper for my dad, quite a simple design, not like the last two!  The other is a jumper for my mum, a design she has wanted to have made for an age, but, as is so often the case, never got round to. 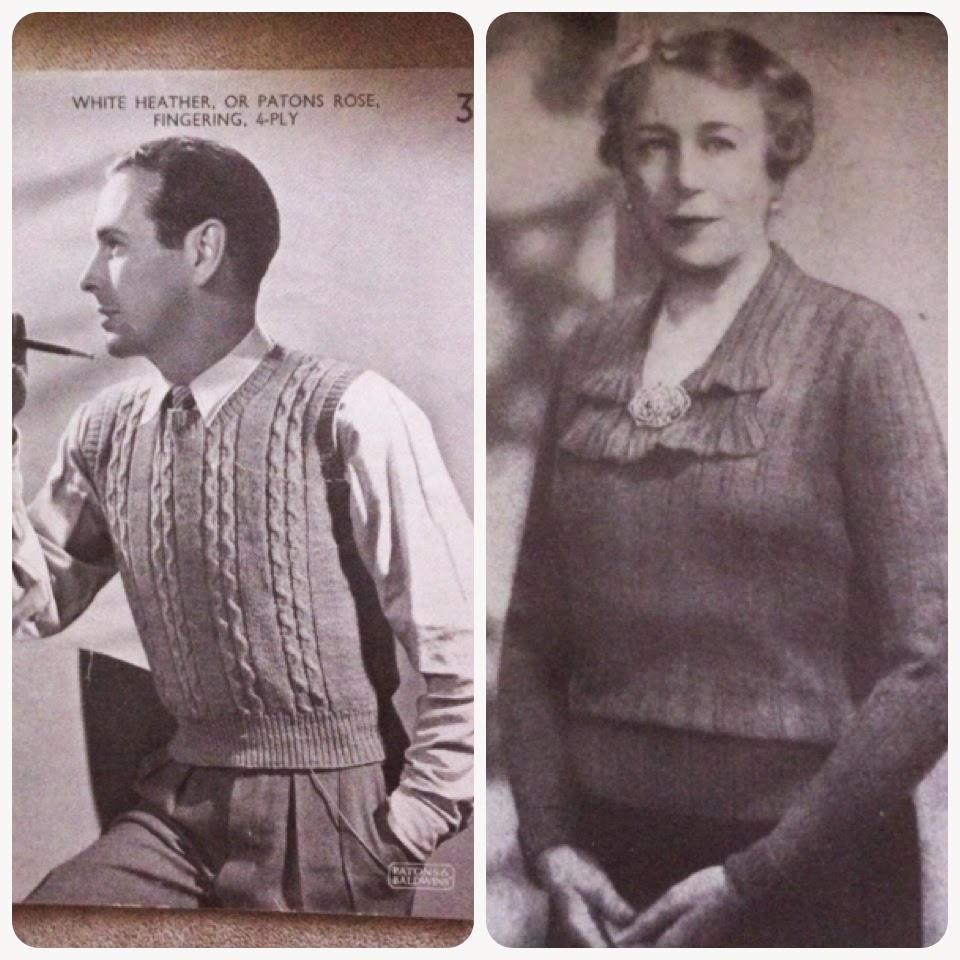 My girls are off swimming today, happy time spent with their Grandma, and I should be doing some of things that little eyes shouldn’t see this time of year!  Instead, I think I’d much rather curl up, knit, and watch a festive favourite.  My afternoon will more likely than not look like this. 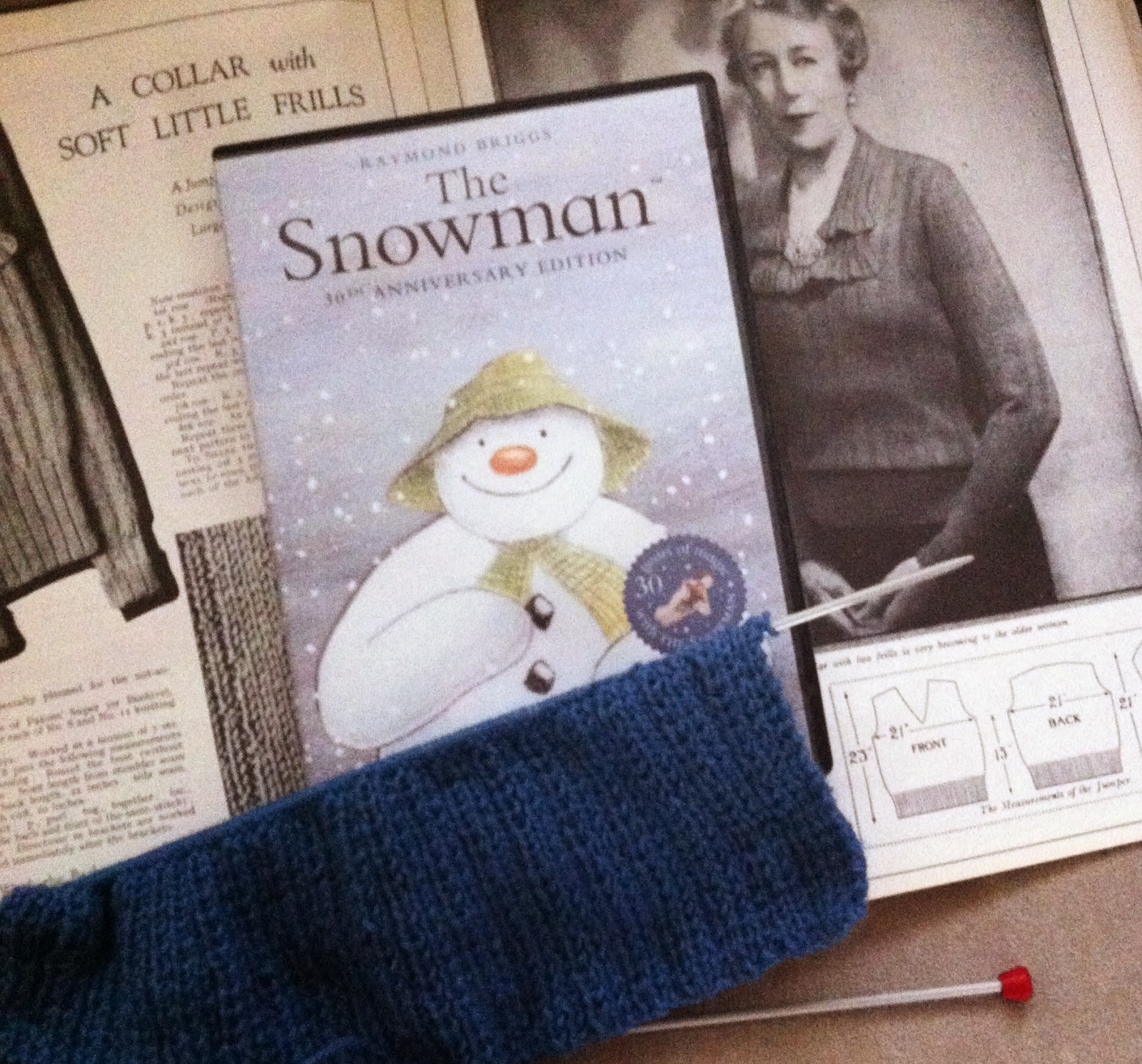 I hope all is well with you, wherever you are xx
Posted by Lucy at 04:35 7 comments:

We Will Remember Them

No remembrance service for us this year, as we will be on the motorway, travelling home from Cornwall.  It seems strange that we, as a family, aren't marking this day in the way we normally do, but we will be wearing our poppies, and we will be remembering. 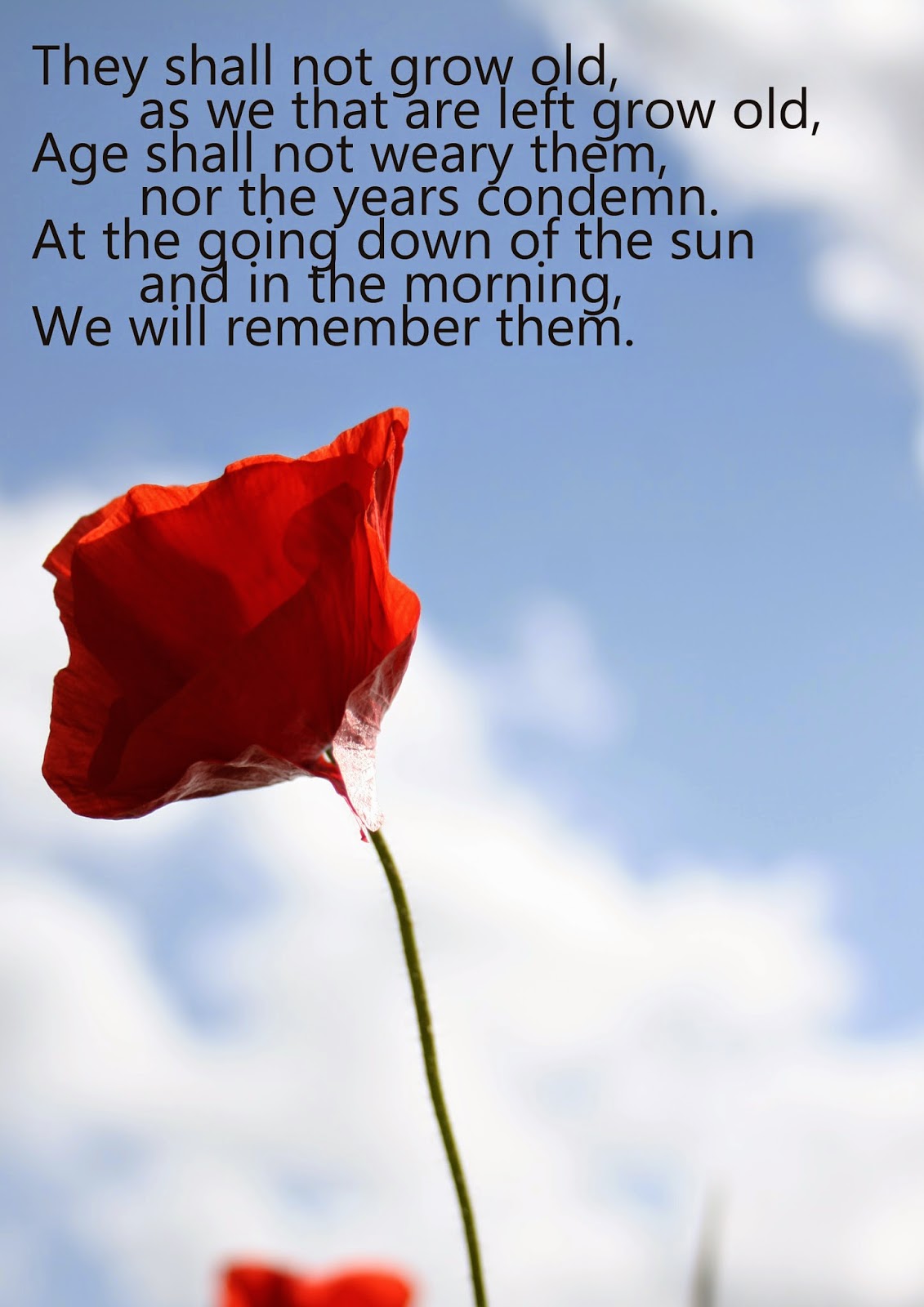 Almost a year ago, I was contact by a fellow blogger, Emily, who blogs over at Emily’s Vintage Visions.

She asked me whether I would be able to make some of my felt corsages to be used as buttonholes for her wedding!

I was honoured, and a little overwhelmed, as well as nervous, as I’d never done anything like it before, but I needn’t have been concerned, because Emily was an absolute pleasure to work for.

The theme for the wedding was 1930’s/1940’s vintage.  Emily chose the colours she wanted, to match the wedding bouquets she was so cleverly making herself, and I set to work on some posy designs using original 1940’s patterns, the end result being these beautiful, bright posies. 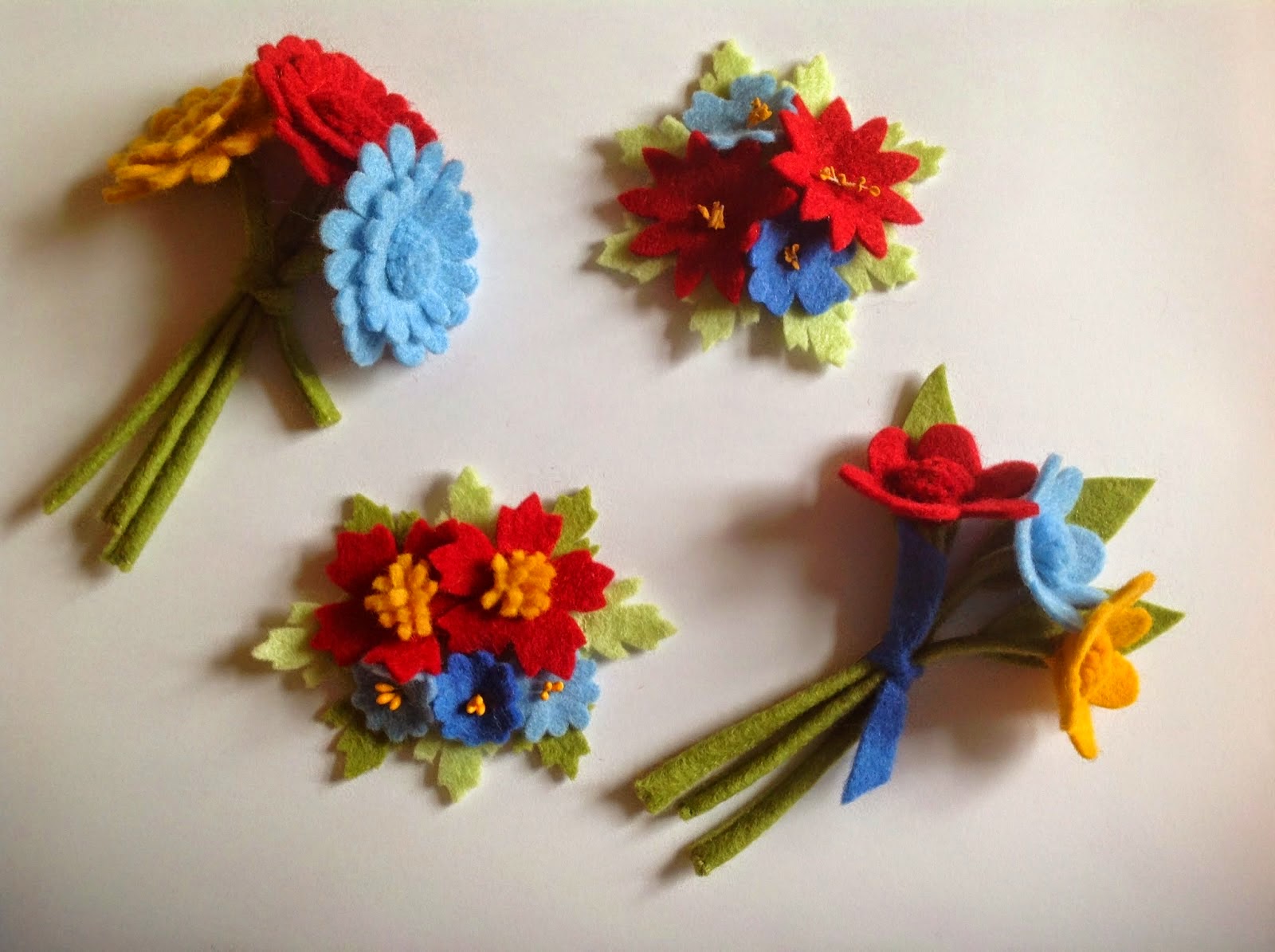 For some reason, I didn’t get any proper photographs of the posies before they left England, bound for America, so please excuse the over bright photograph which was taken at night, using my phone! 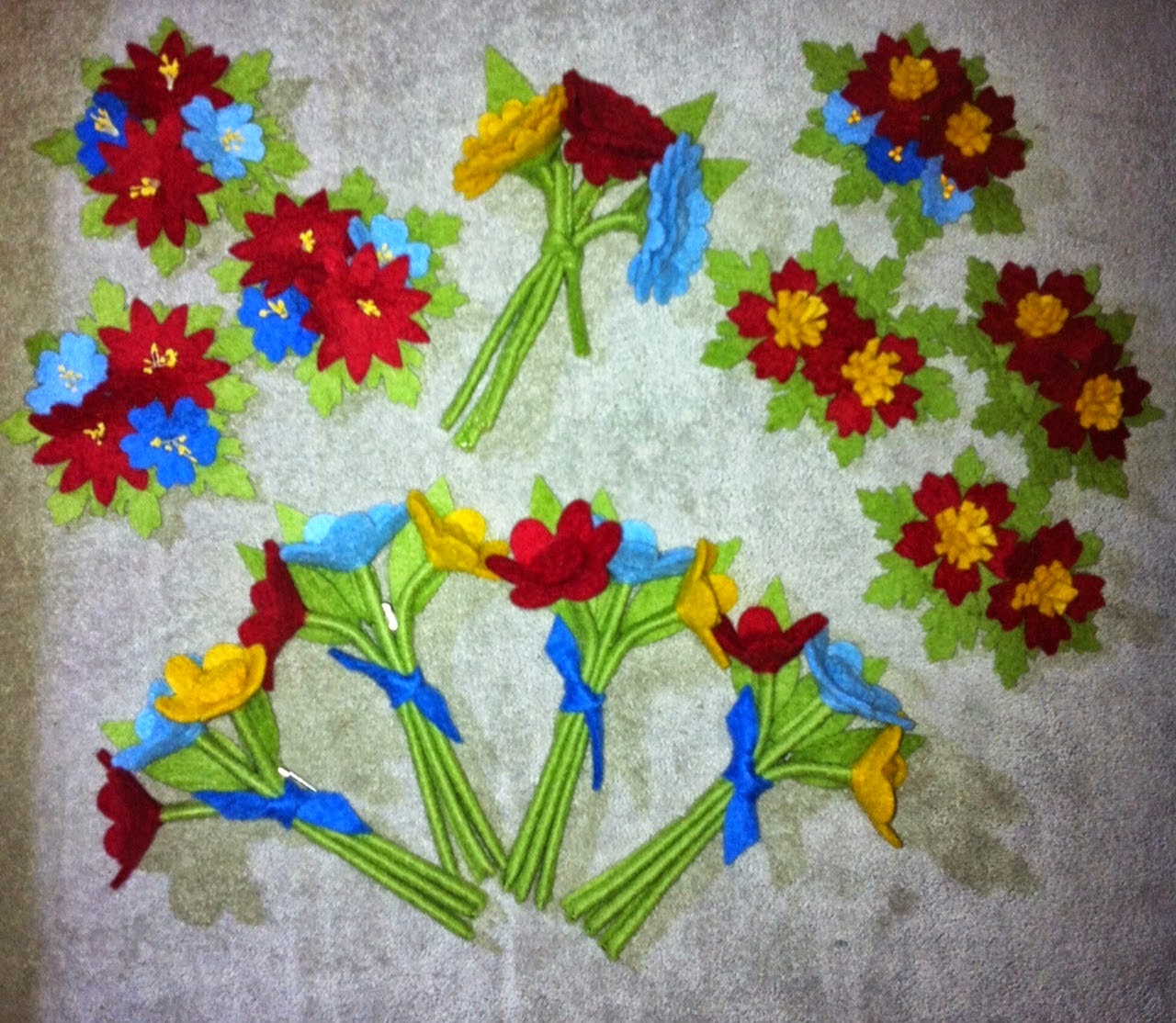 I posted the package off in May, and was thankful that it arrived safely, but I thought nothing of my little creations until I received a happy email last month to tell me that the wedding had been a huge success, and that my corsages had gone down very well.

Emily kindly sent me these photographs, taken by Kris Jarrett Phtography and Media Productions, so I could show how they looked on her special day.  You can read Emily’s blog post about her beautiful day by clicking here. 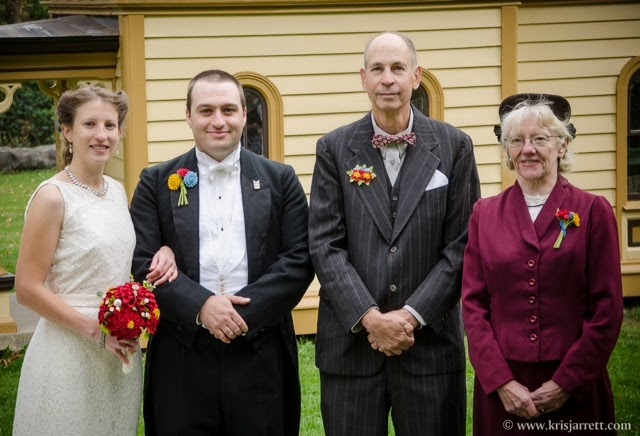 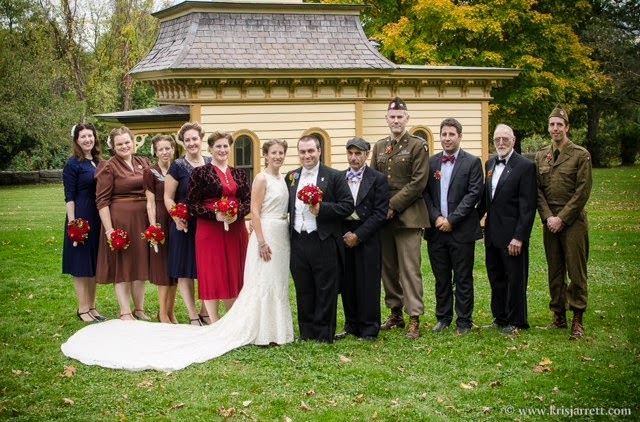 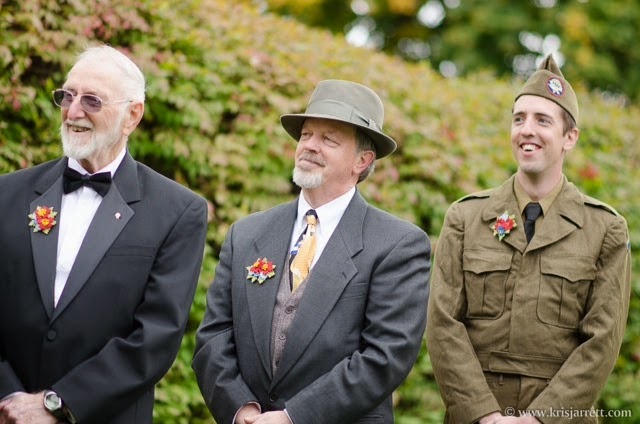 Congratulations Emily and Cori! x
Posted by Lucy at 04:55 13 comments: