So, it would appear that I am cutting it fine, again, with my February Monthly make.  I did complete it on the 21st but time has slipped away from me and I’ve not had chance to show it, until now.
With February being a busy birthday month for us, this month’s make is the birthday cake that I made for my oldest daughter.  As with all 5 year olds awaiting the arrival of their birthday, this cake had been talked about for weeks and we’d been counting down the “sleeps” until the big day ever since my youngest daughter turned 4 in December!!  Indecision had surrounded the design of the cake – such a tricky decision when you are only 5!  After much thought she settled for a Hello Kitty cake and I breathed a sigh of relief that the previous design of Ariel on a rock had fallen by the wayside!
Plans made and ingredients bought, I set to work.  Armed with copious amounts of ready roll icing (hateful stuff) and plenty of food colour pastes, I coloured the icing the necessary shades of “Kitty” and subsequently ended up taking my youngest to pre-school with hands like the Incredible Hulk! – food colouring is seriously hard to shift from your hands!
The Kitty itself was a challenge!  Having a head bigger than the body just wasn’t going to work in icing so the Hello Kitty adorning this cake had eaten too much cake itself and was sporting a much rounder midriff!!
This is the finished article. 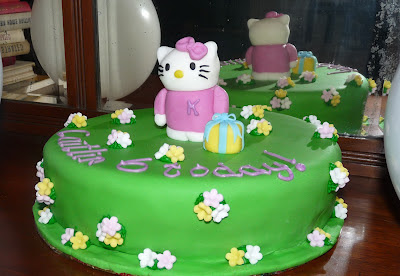 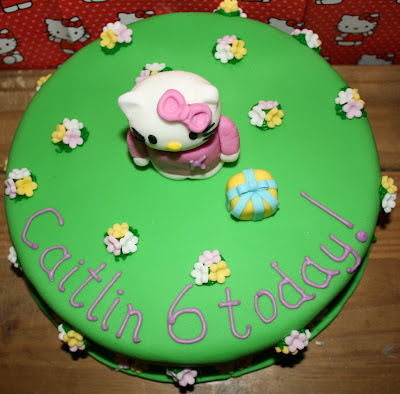 The cake was very well received, and her little face made the “Hulk hands” worth it.  I can also vouch for the fact that it tasted amazing, once I’d cut the yucky icing off my slice :o)
For her birthday outing, we took her to a local farm which has rare breeds.  The birthday girl, like Mummy, wasn't keen on feeding the animals but youngest had a wonderful time and was especially taken with the H cattle which open their mouths and stick out their tongues waiting for food. 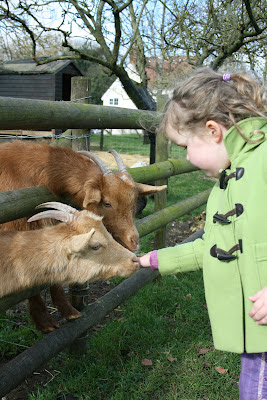 My parents came with us but weren’t exactly dressed for the farm!  Never one to like his photograph taken, I had to catch this shot from a distance – quite smart don’t you think?? 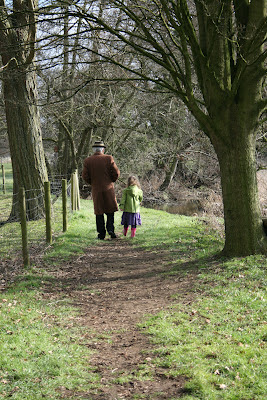 The weather was very kind to us with bright sunshine and clear blue skies.  We had a lovely picnic and, as you can never have enough cake, I made some birthday cupcakes (with proper icing). 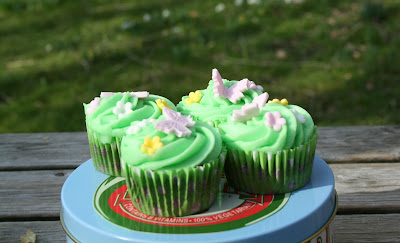 The littlest certainly enjoyed them.
Hmm, now what to do for March???
Posted by Lucy at 08:04