Well, we’re home and boy I’m tired so this post will be more pictures, less waffle.  My poor feet ache and Mr Y keeps laughing at me hobbling along, charmer that he is!  This was our home for the weekend, and cosy it was too. 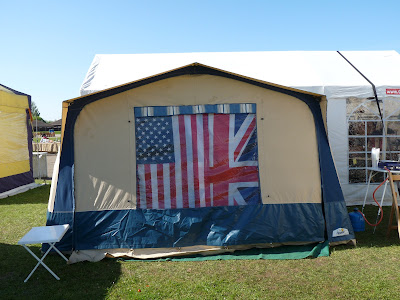 Despite concerns about getting drenched, the weather was actually glorious and not a drop of rain fell, in fact, we are all actually a little rosier cheeked than we were.  Good old mother nature is making up for it today though because it's currently pouring!

I didn't think to take more photographs of the inside of the tent, but here are a few of our dresses. 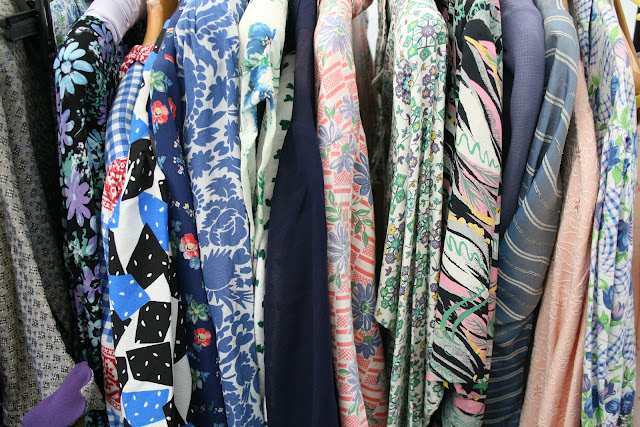 The event was held to raise money for the Tower Museum and there were a lot of military vehicles as well as some good displays. 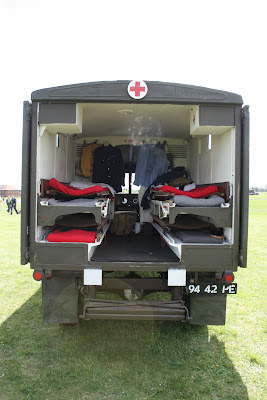 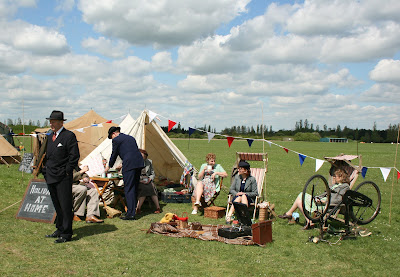 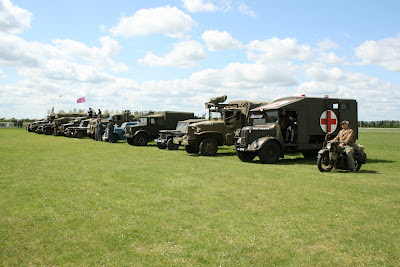 Saturday evening saw us at the bar, listening to a concert by Fiona Harrison, chatting to the lovely members of the Suffolk Home Guard, the re-enacting group that my Dad is part of. 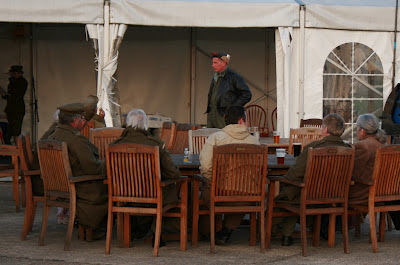 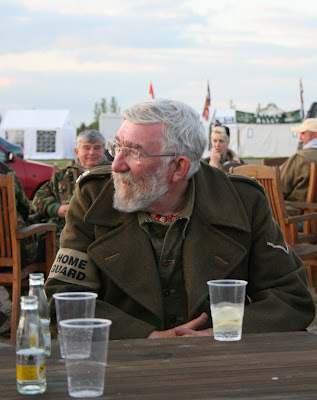 The USAAF arrived at Bassingbourn in October 1942.  Standing on the run way at 10pm at night, we couldn't help but be moved by the fact that in the same spot, nearly 70 years ago, the airfield would have been filled with the heavy bombers of the 91st Bomb Group.  Makes you think of the men who flew from Bassingbourn but never returned. 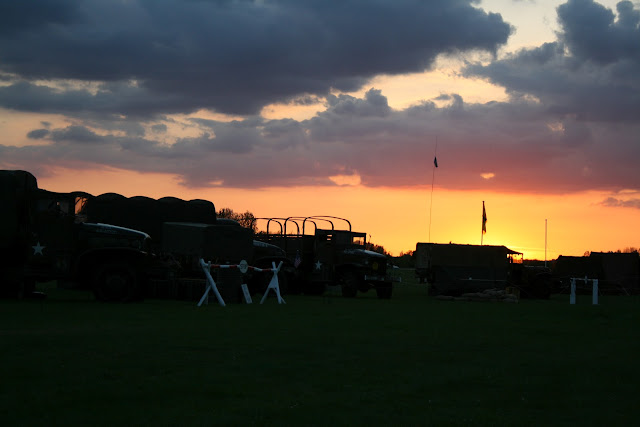 I was up with the lark, well the noisy cuckoo in this case, and at 5.30am, I was stood in the middle of this freezing cold airfield (oh yes, there was really a frost!!).  I felt very privileged that we were allowed to camp on such an important site.  Silence was broken shortly after though when littlest Y decided to join me - sorry fellow campers, she hasn't yet learnt how to whisper :o)

Breakfast was served from the brilliantly stylish Tin Can Toaster.  I'm reliably informed that it was pretty tasty too. 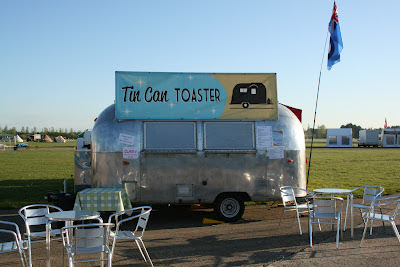 As you do, I managed a little shopping of my own and found this lovely knitting pattern booklet.  It’s a little battered but contains some really pretty 1930’s jumpers. 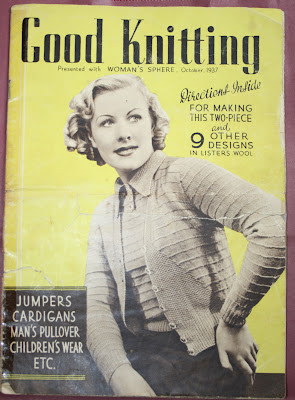 Mr Y also found me not one, but two of the wartime brooches that I collect. 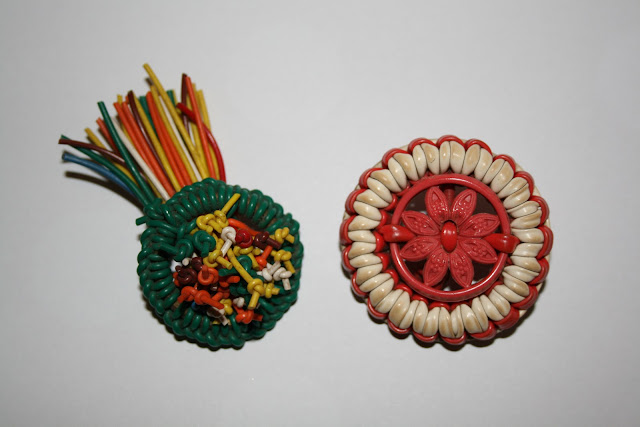 ﻿
All in all we had a lovely time catching up with friends, old and new.  I took 2 more jumper orders so my order book is now full and I can't take any orders until 2013!  I can’t quite believe it.

I’ll take a couple of days out before picking up the needles again and then we'll be starting to get ready for our next event on June 9th and 10th.

For now, I must resist the urge to crawl back under the duvet :o)