Have you ever heard of the ??  No?  Me neither, well not until recently anyway.

The is located on the site of the former Snibston Colliery.  It’s an interactive museum with Country Park, historic colliery railway and nature reserve.  Snibston houses the largest collection of vintage clothing and costume outside of !  Who knew?  It’s clearly a very well kept secret.  I found this clip on Youtube which showcases a little of what you'll find there.

Looks pretty good doesn't it?  Did you see the giant image of the lady wearing a red jumper featured in the first few seconds?  It's from a Stitchcraft magazine, so stylish!  If that wasn’t enough though, there's more!!  From the 26th of this month, right the way through to May 2013, (gives you plenty of time to visit), Snibston museum are having a……….

UTILITY CLOTHING 1942-1949 EXHIBITION!
(can you tell from the capitals that I’m a little excited???)

Well, how does this post relate to my corsages I hear you ask.  Well, back in March at the Little Vintage Lover fair, I was approached by a lovely lady who works for the museum.  She liked my corsages and, given the new exhibition, thought that they would fit in perfectly.  I was asked whether I would send them some to be sold in the shop!  I was honoured and or course said yes.  These last couple of weeks have been filled with preparing a stack of these lovely bright bunches. 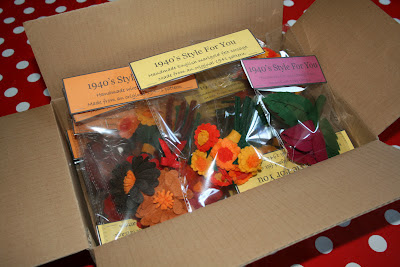 All the posies that I am sending were made using original 1940’s patterns.  I make a few tweaks to the patterns for longevity and also because, sometimes, instructions in these period magazines are somewhat lacking!


First up is the rose, which I’ve blogged about before.  It’s from an original 1941 Stitchcraft magazine. 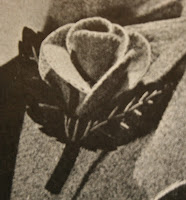 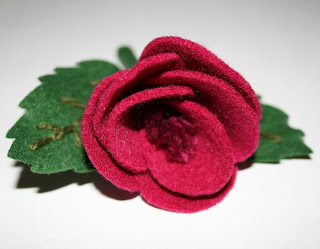 Next is a little bunch of English marigolds, again from a 1941 pattern, but this time from a Woman and Home magazine.  Each stem is wired which means the bunch can be shaped to stand out on the lapel.  These ones are the most time consuming, the flower heads being two sizes, one just under the inch, one just over.  They are all individually hand drawn onto the felt then cut out and sewn to make individual flowers and then wired together to make a posy. 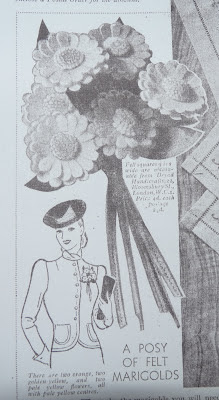 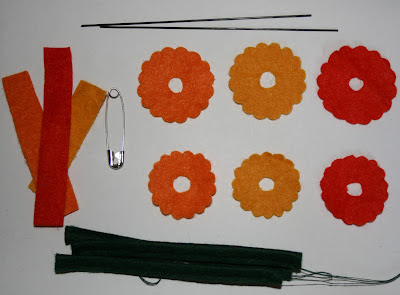 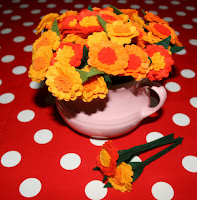 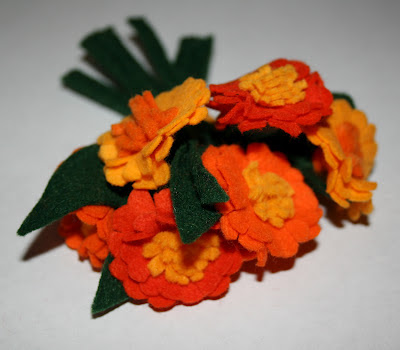 Last, but by no means least, are these giant ones.  I got the pattern from a Needlework Illustrated magazine which I think dates from 1942.  I say think because it has no cover but it’s large in size, which makes it from the early war years, but has a stars and stripes jumper which, in my opinion, puts it post 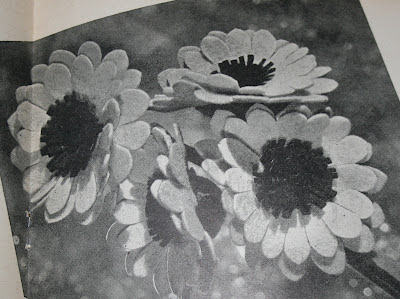 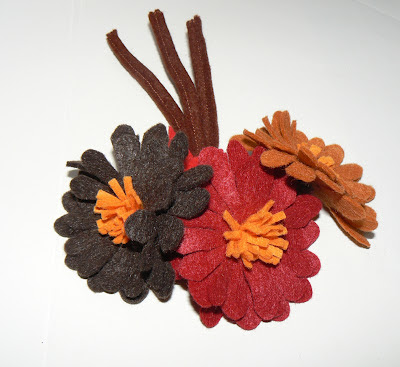 The Exhibition is on for a whole year which gives me plenty of time to persuade Mr Y to go and take a look and to see my corsages.

As well as finishing the corsages, I’ve been busy getting ready for an event this weekend.  We're turning back the clock 70 years and heading off to Bassingbourn Airfield for their 1940's event.  The Memphis Belle flew from Bassingbourn during WW2 – I love the film – and I’m hoping to get some good shots to share with you next week.

We’re camping and thankfully, after all the hail, thunder storms, down pours and generally grotty weather, the sun is shining and spring seems to have finally sprung, well for now anyway!