A month of many parcels!

You know when you’ve had too many parcels delivered when your postman recognises you in the local park and says hello!  Oops :o)  To be fair, not all deliveries have been for me.  The little Y's have had some books and Lego Minifigures delivered (I love these things, so cute!) and Mr Y has had his fair share – or at least that’s the story I’m telling!

I don’t know about you, but vintage finds have been somewhat lacking recently.  Car boot sales have been disappointing with many offering up market type stalls selling new stuff, charity shop finds have been non-existent and there haven’t been any vintage fairs.  Fear not though because, love it or hate it, eBay has come up trumps – AGAIN!

First up are these knitting booklets. 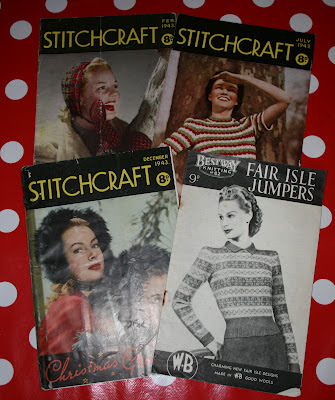 When I found the Stitchcraft magazines, I couldn’t believe my luck.  I’d been searching for these 3 illusive issues for over 6 years – seriously, it’s taken me that long to track the little blighters down.  In January 1944, Stitchcraft changed for the 3rd time since WW2 began and they reduced the number of issues published a year (i.e taking them down from 12 a year to 9), made the issues slightly bigger in content and produced more so they could be enjoyed by more people.  This means that the 1944 onwards issues are slightly easier to find but 1943 backwards are more tricky.  I have a very large collection of Stitchcraft magazines, all from the 1930’s and 1940’s but there are a few gaps in the collection, including the issues for April and October 1943 – the search continues!

Next up is this one that I had quite forgotten about as I pre-ordered it from Amazon months ago. 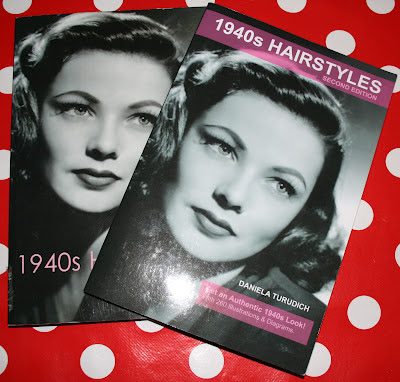 This re-print of the original has a few changes in layout with the “War Years” section having black page edging so it’s easy to find.  I am waiting to get my barnet cut next week before giving some of the styles a go.

On a Jubilee theme, I bought this gorgeous little brooch for a bargain £2.99, I couldn’t believe I was the only bidder.  Could have something to do with the fact that it’s for the wrong monarch but I love it, although I think the stones have been replaced because they’re just a little too sparkly.  I shall be wearing it this coming weekend. 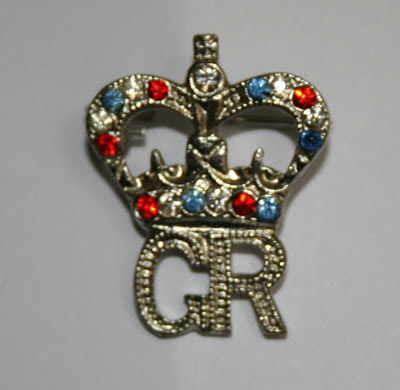 Next up is this pattern. 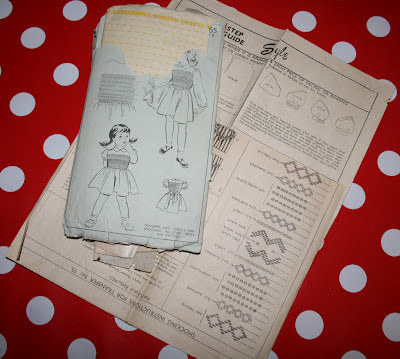 I didn't buy this one, instead it was a gift from my mum.  Although I won’t be smocking, needlework not being a strong point of mine, I hope to use the pattern to make a dress for littlest Y.  In theory, it'll be for an event in 10 days time - in reality, as I haven't yet bought the fabric, the chances are slim.

Last up, which arrived in the post yesterday, is this magazine. 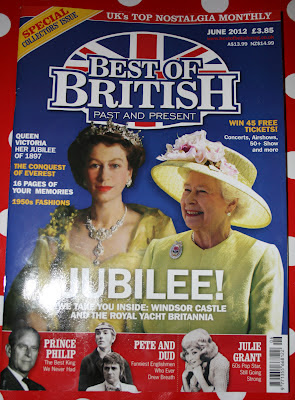 We’ve subscribed to this magazine for the last 5 years.  In my opinion, it’s very good, very nostalgic and normally has quite a bit about the 1940’s events scene.  This edition, as could only be expected, has a Jubilee theme, but there is plenty more inside, including a feature on the 1940's event at Crich Tramway museum - were you there??

Totally off topic, not vintage at all, but very, very tasty, this morning I’ve used my tried and tested Nigella Lawson Domestic Goddess book to make these moreish peanut butter cups.  I spent today with a very good friend who is celebrating her Birthday tomorrow.  She's lucky I packed these before she arrived or there wouldn't have been any left for her to take home!!  I always find it amazing how these mysteriously manage to just fall into my mouth!! :o)