Well, half term has finally arrived, thank goodness!!  It's been a long time coming and we are certainly looking forward to taking a break.  Mr Y has taken C out for the day, M is happily playing and, while I should probably be doing something productive like ironing, I'd far rather share with you the lovely things that were found this weekend.

On Saturday, we left the car at home and instead took the train to .  We were taking our wares to the Little Vintage Lover Fair which was being held at Dragon Hall.  I love the train journey.  The carriage was peaceful, nearly empty in fact, as you would expect at 7am on a cold October morning.  We enjoyed looking at the countryside and watching the sun rise over the autumn fields revealing the varying shades of amber and brown.

As we approached , the sunny skies faded and we found the station shrouded in ominous dark rain clouds.  By the time we got off the train and out of the station, the heavens had opened but, undeterred, we paddled our way to Dragon Hall!

The venue was lovely, old, charming in fact, with lots of nooks and crannies.  We were very lucky and were positioned in a little room just beside the main shop.  It was so pretty and quite luxurious in comparison to other places we've been.  There was an amazing 1930's sideboard and a rather comfy leather couch which I utilised to full effect throughout the day!  It was so cold that I didn't venture outside of our space and therefore didn't get any photographs of other stalls, sorry.  I did, however, get a few snaps of our things. 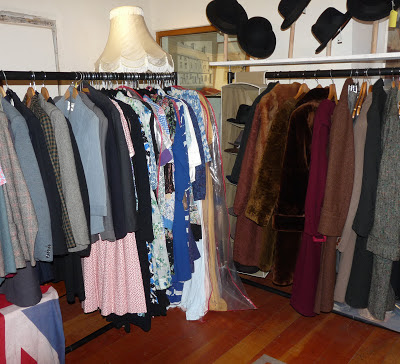 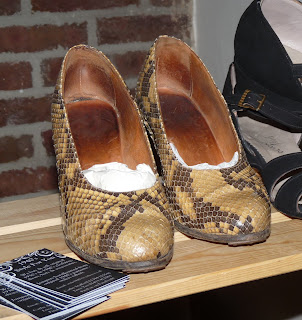 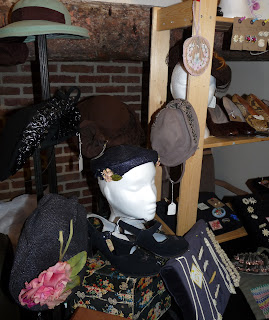 The fair itself was very slow with a small footfall compared to normal.  It couldn't be helped.  It's an established event, brilliantly organised, publicised wonderfully well and in a great location but what you simply can't plan for is the weather.  Rain, I find, especially heavy, freezing rain with an added bit of hail never does a good fair make!  On the plus side, I got a lot of knitting done and managed to finish the beret I was making in Stylecraft heather to go with one of our jumpers. 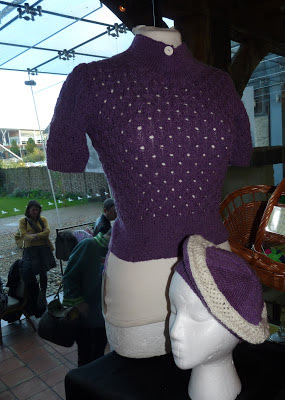 Despite low numbers, I sold the dress I'd made in Clydella fabric from the 1940's pattern as well as the 1937 jumper in mint green that I showed you only the other day!  We had a lovely time, chatting to some of the other traders with a just little bit of shopping to boot!  I came away with just one thing, issue No.45 of Needlewoman Needlecraft magazine from 1951.  I know that it's not the specific era that I collect, but it still had the transfer for the most adorable children’s embroideries that I simply couldn't resist! 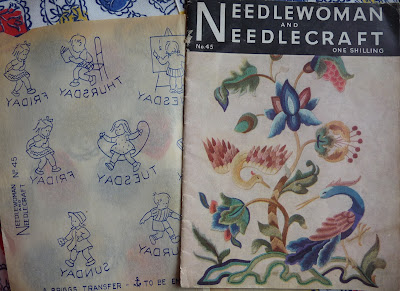 Mr Y, on the vintage front, was far more successful.  He never sticks around at these things.  It's not a place for the girls and anyway,  held things far more interesting than anything I had to offer!!

Up in the Forum, there were a handful of vintage stalls with various books, ephemera and the like.  Stacked alongside some Picture Post magazines, he spotted 9 Good Needlework and Knitting magazines dating from the 1930's.  They aren't in the best condition, a couple have some water damage on and bizarrely someone has removed all the staples!  However, the patterns inside them are simple beautiful.  I'm now itching to get started on another 1930's jumper but I shall resist - for now! 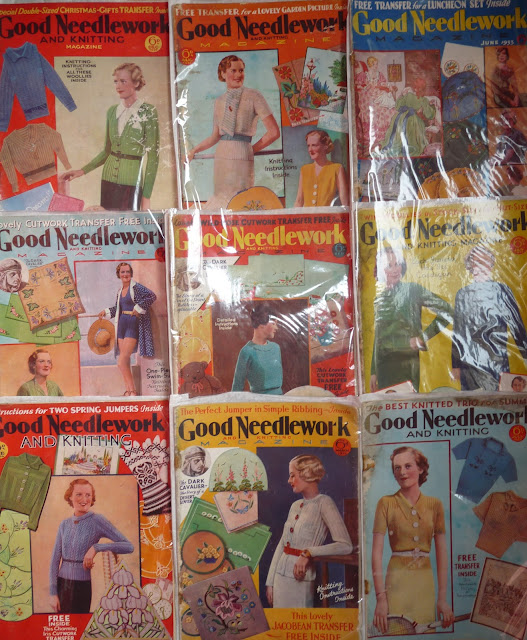 One of the other stalls had an eclectic mix of vintage jewellery including 3 of the wartime brooches I collect.  Luckily for my purse, I wasn't there to see them or I may have been compelled to buy them all!  Mr Y was far more sensible and entrusted the choosing of a brooch to C who, knowing my fondness for the "sticky up ones", as she calls them, chose this pretty blue one. 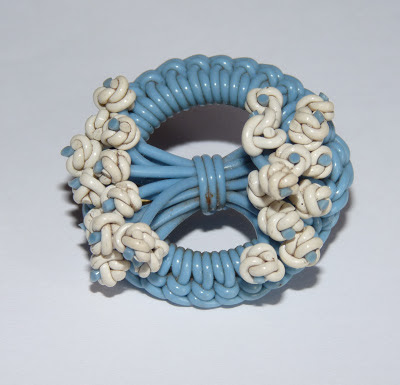 As if that wasn't enough, he also took a trip to Waterstones book shop where Alex and Peter from Wartime Farm had been book signing.  Much to C's disappointment, who has been fascinated by the series, they missed the actual signing, but did manage to pick me up a pre signed copy. 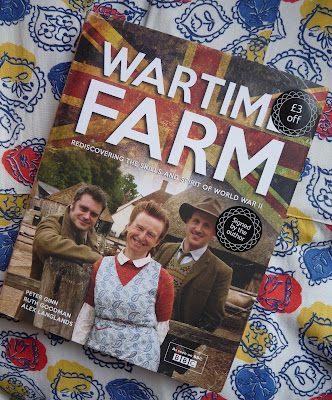 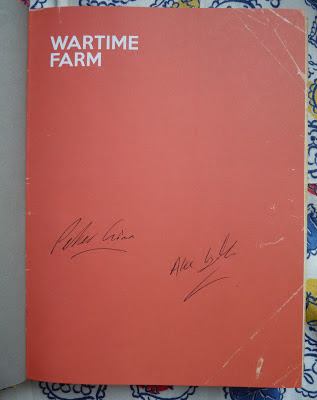 I know the series received mixed reviews due to the number of inaccuracies.  I mean, celebrating Christmas 1940 with a gift of CC41 socks?  Really!!

When I watched it, I did sit there having a little grumble now on then, mostly about the clothing!  But I really like the trio and had previously enjoyed both the Victorian and Edwardian farm series so stuck with it to the bitter end.  The book is really nice; I actually like it a lot, from what I have flicked through anyway.  I'll definitely be reading it.

really does have some amazing vintage shops as well as a rather massive Cath Kidston store!!  We always go there Christmas shopping - I can't wait!! :o)