So today is stir up Sunday, the Sunday when, tradition dictates, you should make your Christmas pudding!

For the past 11 years, we’ve relied on Mr Y’s mum to provide the pud, and a fine job she has done of it too.  However, as we aren’t South West bound before the festivities, and as Christmas isn’t Christmas without a pudding, I had to decide whether to buy one or make one and I, potentially misguidedly, picked the latter option.

I thought selecting a recipe would be pretty easy but having consulted numerous cookery books, I was proved very wrong.  So many choices, so much variation and no way of knowing which one would be best.  In the end, I went with my never failing Marguerite Pattern Every Day Cook Book, bought for a bargain 50p in a charity shop a couple of years ago!  I made a slight addition to the recipe in the form of a lot  little more alcohol on the basis that the extra splash of brandy will help mask the taste of a potentially yukky pud and if it doesn't mask it, the eater might be suitably merry enough not to care :o)

I did moot the idea of a Wartime pudding but had it made clear to me, in no uncertain terms, that that wasn’t an option!!  However, if you fancy giving an early wartime version a go, I’ve included the recipe at the end of the post :o)

We all had a stir, wishes were made and the puddings (yes, note the plural!  I’ve also given myself the task of making a pudding for my parents!) have been packed into their ceramic basins and are cooking nicely; 6 hours down, only 2 to go!

Personally, I can't stand the stuff and will be tucking into a chocolate, fruitless, variety on the day but I'm hoping it'll be all smiles come tasting time. 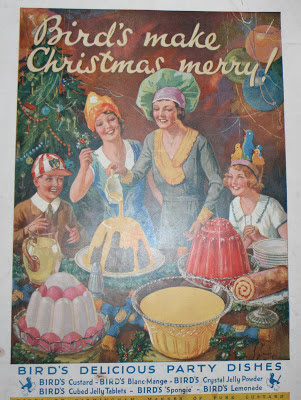 As I had plenty of time of my hands watching the pot (which I've found incredibly boring!) I thought I'd do a little crafting.  Still peeved by the “price verses quality” issue found with the pudding decorations in Cath Kidston last weekend, I decided to give my own a go.

Taking some felt from my bumper stash plus some sequins, beads and thread – no glue here, just good old fashioned stitching - I made my own pudding decoration.  It received the seal of approval from the little Y's and hope that it will make a rather lovely addition to the tree. 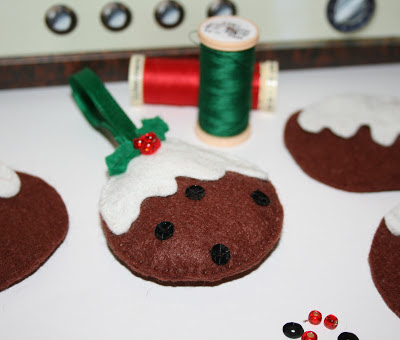 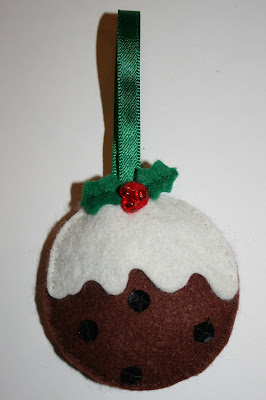 As to the wartime pud, if you fancy giving it a go, the following recipe came from "Food In Wartime" which was published in January 1940 and features over 200 meatless dishes - perfect for a vegetarian like me!  Because it's an early war recipe, it's more luxurious than the more heavily rationed, later war years recipes. 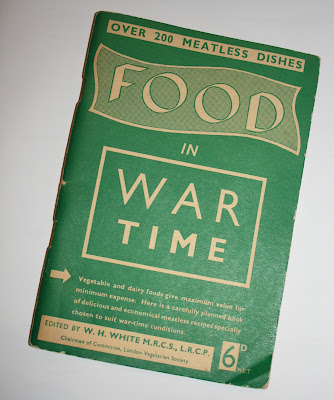 Turn all the ingredients into a large bowl and mix thoroughly with a wooden spoon.  Fill well-greased pudding bowls two-thrids full so that the puddings have room to swell.  Cover with greased paper, tie on scalded cloths.  Boil for eight to ten hours.  These quantities make two medium sized puddings.  When required for use, reheat the puddings by boiling for three hours.