So, it’s Sunday evening again!  I hope you have all enjoyed your weekend.  I’m sure time at the weekend’s passes more quickly than during the week.  Tomorrow and Tuesday are bound to crawl by, but these last two days have sped past so quickly.

Yesterday we spent the day in the fair city of !  We booked the trip weeks ago, taking advantage of some cheap rail tickets, and the girls have been counting down the days on the calendar ever since.

We are lucky that we live just a 70 minute rail journey from , so by 8.30, we were already in the capital, all geared up and ready to go.  We like to get in early, so as to avoid some of the business on the Underground.  I don’t like travelling on the underground, but my girls are a breath of fresh air and happily chatter and sing, which relieves the tension, a bit.

Our first stop was , where, upon surfacing from the tube, you are greeted with this rather spectacular view. 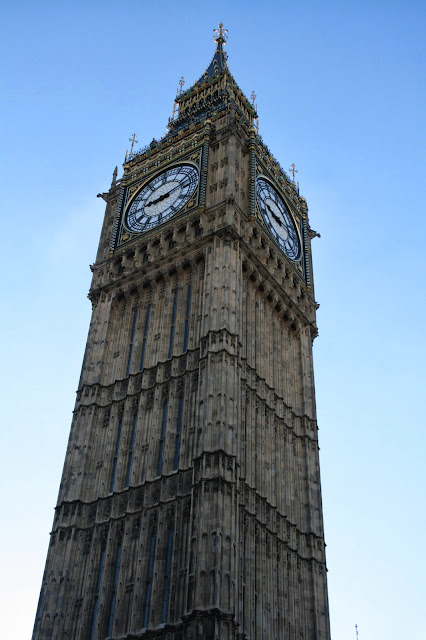 We grabbed a spot of breakfast and sat in , just watching the world go by.  I like to people watch.

On , just a stones throw away from Big Ben, is the Cenotaph.  Although some two weeks have passed since Remembrance Sunday, the poppy wreaths are still in place. 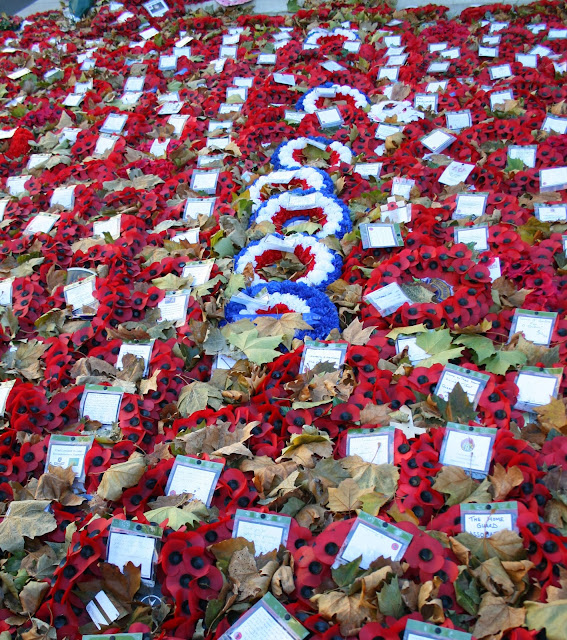 We took a brisk walk through St James’s Park to see the pelicans before making a pit stop for a hot chocolate with marshmallows; a most welcome warming treat.  There was the obligatory kick through the crunchy autumn leaves, as we walked up The Mall, towards . 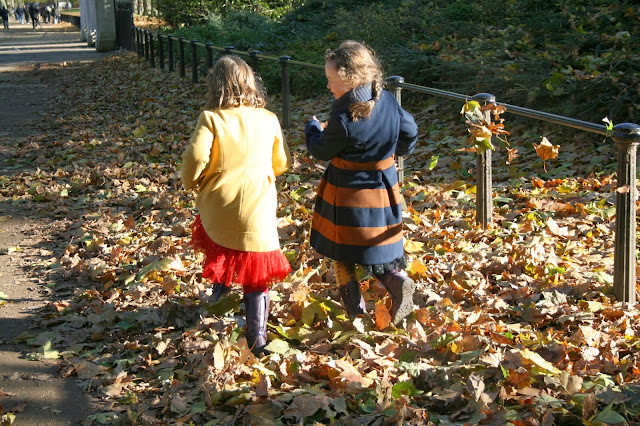 is just beautiful.  There are still plenty of leaves still hanging on the branches, and, bathed in golden autumnal sunshine, the view was simply glorious. 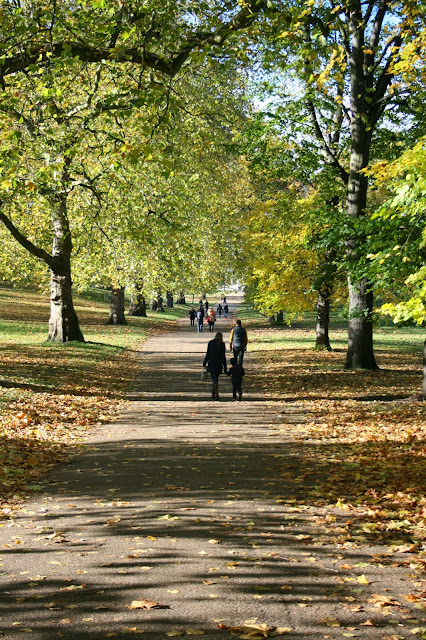 In a corner of is the Bomber Command Memorial.  We visited in the summer and were totally entranced by the tranquillity of the place against the noisy backdrop of the A4, and had wanted to take my mum to see it too.  She was overwhelmed by the statues and the level of detail in each and every figure. 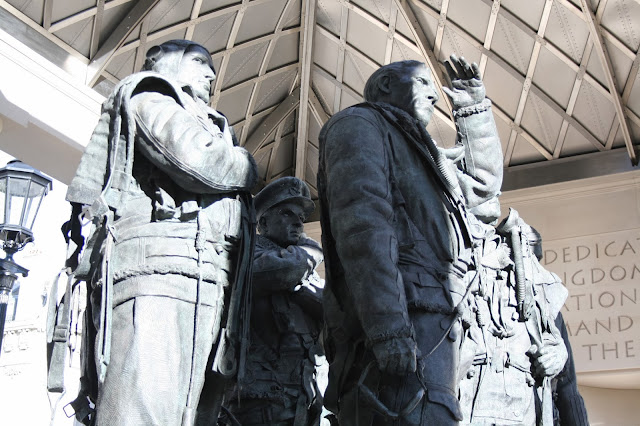 From there, we headed to the shops and left the tranquillity of the park behind us as we joined the hoards of crowds!  I’m not one for hustle and bustle, I far prefer a country lane or open green space, but the girls wanted to see the lights and there was Christmas shopping to be done!

Fortnum and Mason had the most incredible window displays, including a 1930’s/1940’s kitchen scene, and another of a sitting room. 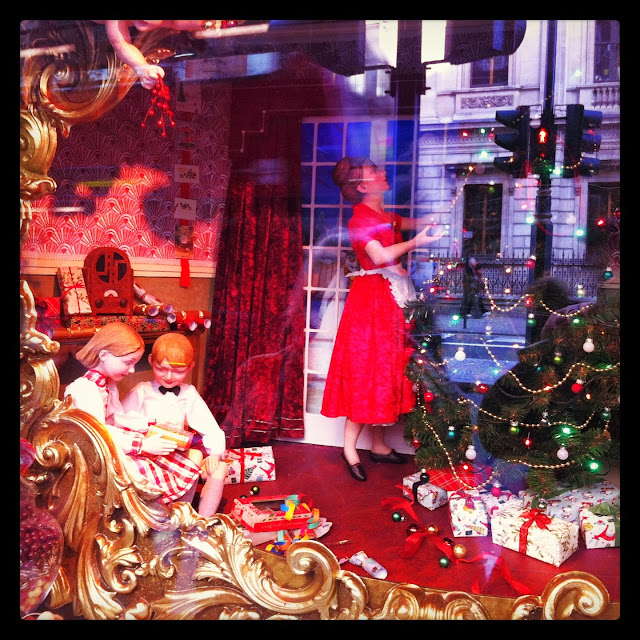 Their inside displays were pretty spectacular too. 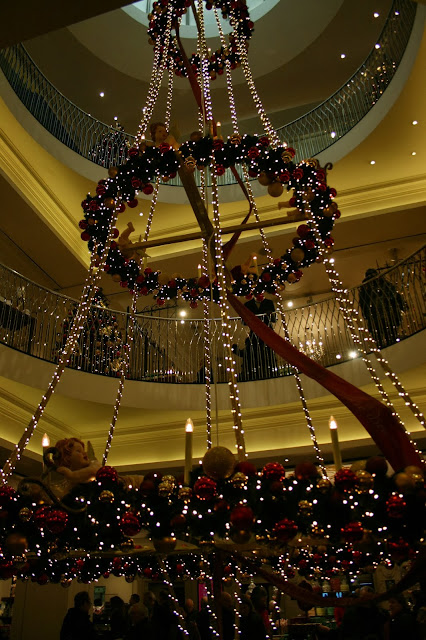 As day turned to night, we headed to to see the Christmas lights, a beautiful end to a thoroughly wonderful day. 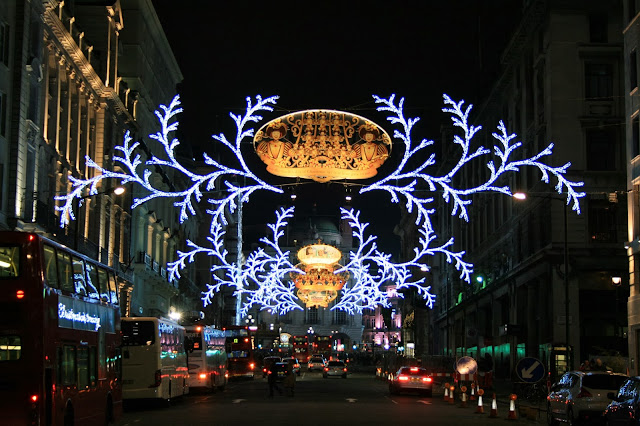 It was definitely a day where memories were made, not only for the girls, but for all of us.  All too soon, it was time to head home, back on the Tube, dragging behind us two tired little travellers with weary feet.  Their final glimpse of this fair city, back where we started at Westminster Tube Station. 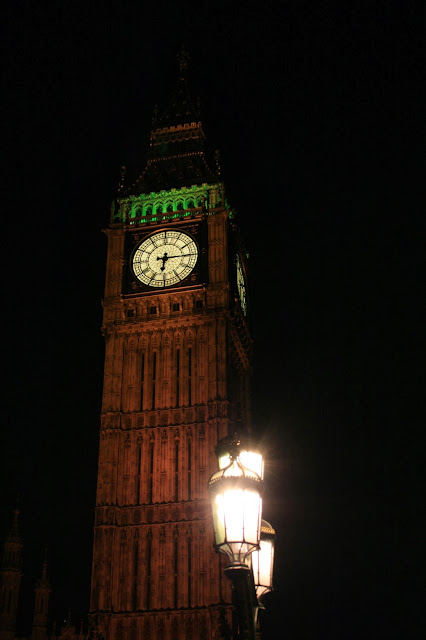 Today has gone at a much more sedate pace, thank goodness, because my poor feet are somewhat sore after the miles they stomped out yesterday.

After making the loathsome weekly trip to the supermarket, I’ve been a busy bee and have made some Christmas cakes!  I put my last cake in the oven an hour ago, and the house smells decidedly festive!  Not long now, you know!  I now have 5 cakes, yes 5, to diligently feed with brandy and subsequently decorate.

While they were baking, I put my time to good use and picked up a crochet hook!  Now, as you will have gathered from my previous posts, I knit, but don’t crochet.  After seeing some truly scrumptious granny squares on Instagram, I have wanted to have a go myself.  So, with the help of a YouTube tutorial, I’ve made a start!  Eventually, these pretty pink and cream squares will be made into a cot blanket for C’s baby’s cot. 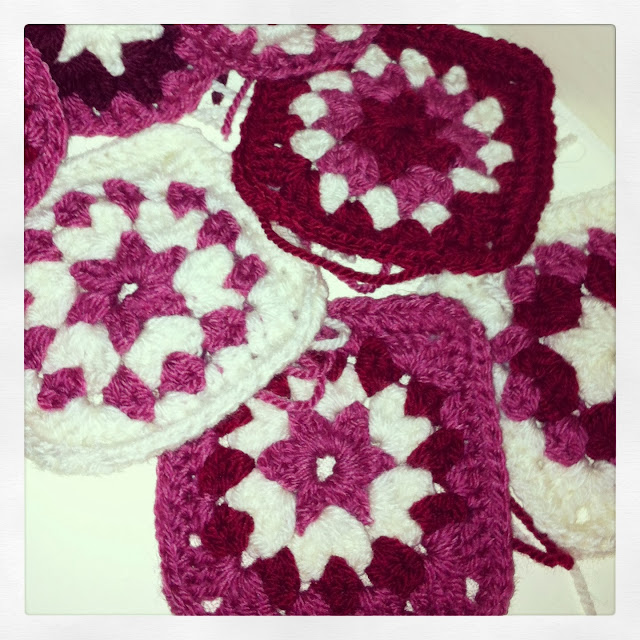 Things have been moving along slowing on the “Knit For Victory” front, but I’ll save that for another post! xx