Last weekend, we took a jolly jaunt to another National Trust property, for yet another Christmas celebration.  I love this time of year!
The property we visited was Felbrigg Hall, a stunning 17th Century country house set in rural North Norfolk.  It was a first time visit for us, and we were not disappointed.
Upon arrival, we were all issued with identity cards before making our way to the front of the house, where members of the Home Guard, part of the Civil Defenders re-enactment group,were on parade.
We stood and watched for a while as they did their drill and marched on the gravelled drive, and when we could stand the bitterly cold north wind no longer, made our way to the front of the house and sought shelter in the warmth of the main hall.
The hall was set out beautifully, with a large Christmas tree, decorated with homemade decorations, with a chance to stop awhile and play pin the moustache on Hitler or watch a couple dancing to songs of the era.
The table in the dining hall was laid beautifully, awaiting the arrival of important guests, perhaps, and there was a quaint little display of toys of the era, and stockings were hung by the fire, already filled by the man in red.
Away from the main body of the house, and into what was the servants quarters I believe, there was yet another beautifully decorated tree, alongside a table, all laid up for the evacuees Christmas party.  There were some cleverly made felt Christmas tree decorations which I plan to replicate next year!
My favourite part of the house was the Make Do and Mend display.  There were some beautiful pieces of period clothing on display, including a wonderful CC41 shirt which had been carefully embroidered so it could be used as a woman’s blouse.  Someone was making felt corsages which, to the eagle eyed among you, may look more than a little familiar ;o)  Someone had been working on an intricate Fair Isle woolly, while another lady was making a Father Christmas suit made of crepe paper.
The staff and volunteers at Felbrigg, along with the members of the Civil Defenders re-enactment group, the group my parents are part of, really went above and beyond to create a truly memorable experience.  The devil, as they say, is in the detail, and everyone at Felbrigg Hall had certainly put in the time, and effort, to make it a thoroughly enjoyable experience.  We’re already hoping that the hall will be open again for Christmas next year! 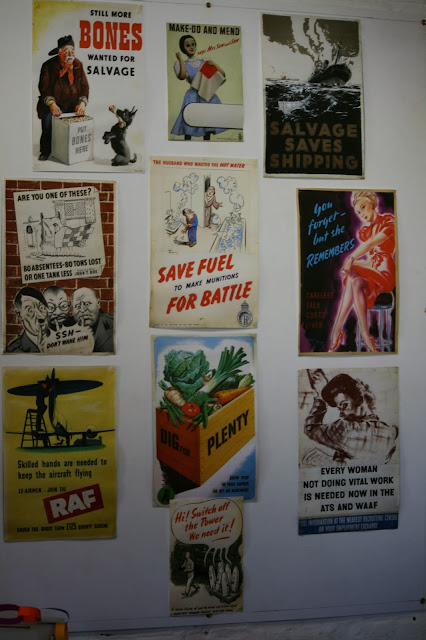 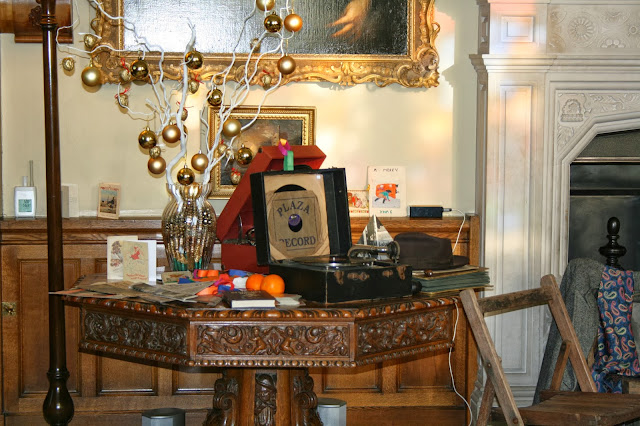 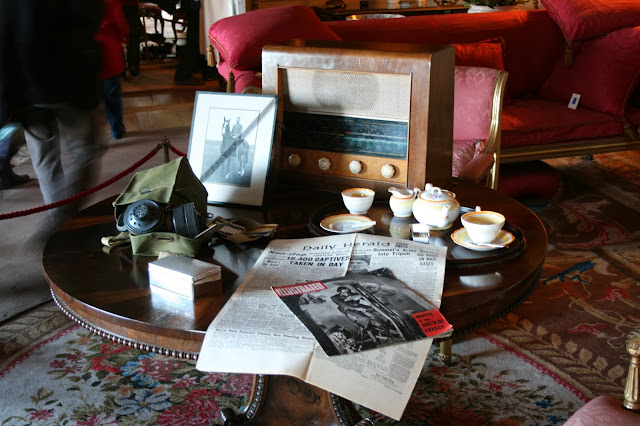 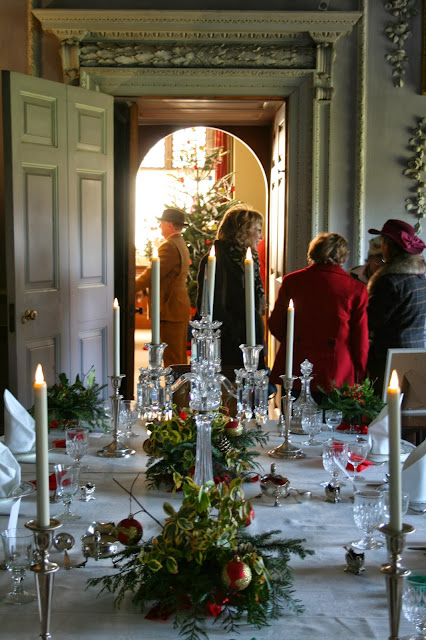 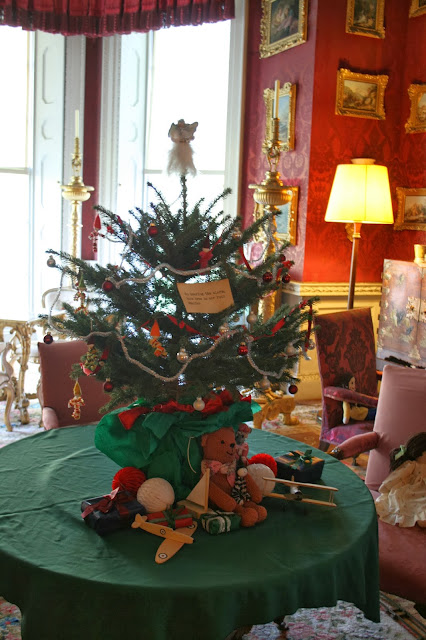 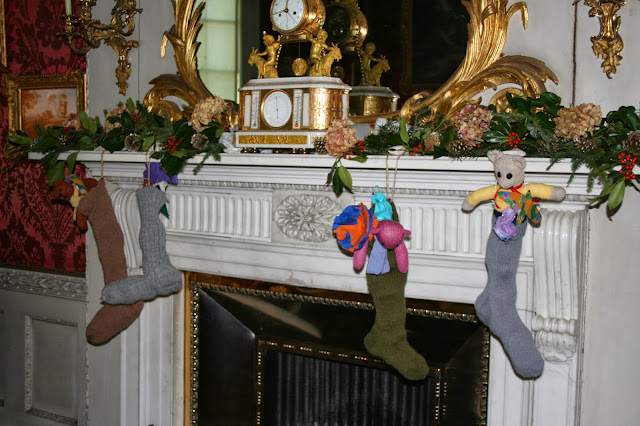 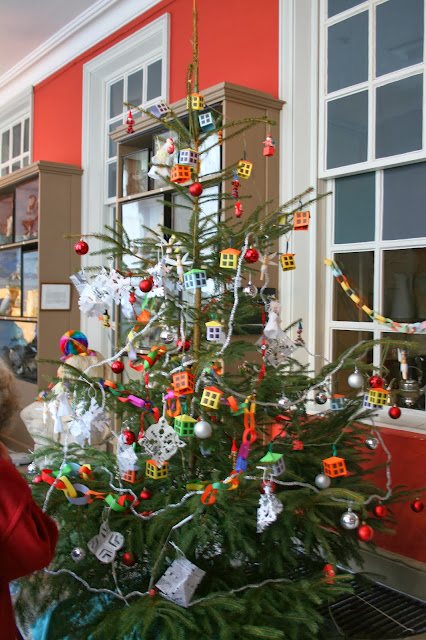 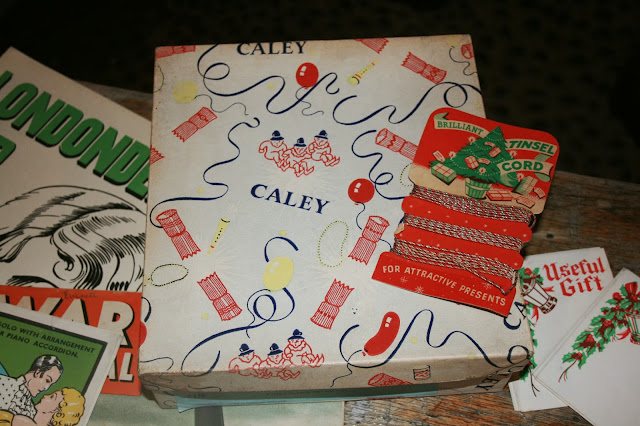 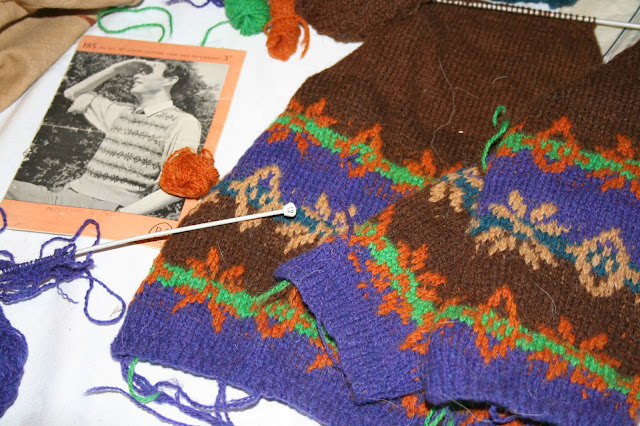 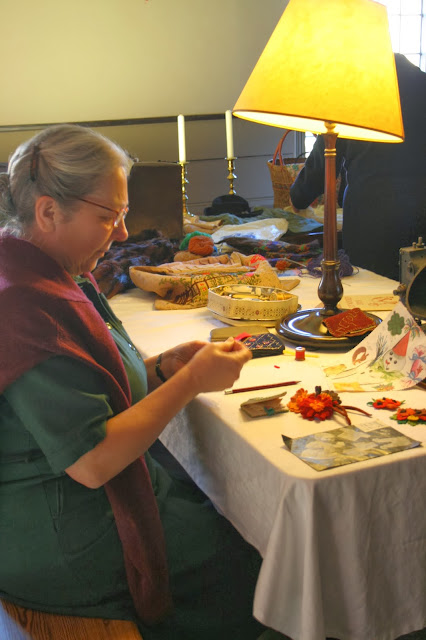 Since the weekend, things have been madly busy here.  Mr Y turned a year older on Monday, but a visit from OFSTED meant, with the exception of a totally divine chocolate fudge cake, no celebrations - thank goodness the school term ends tomorrow.
Following the birthday theme, my youngest little Miss M turned 6 on the 17th.  Both Sunday and Monday evening were spent moulding icing into minions! 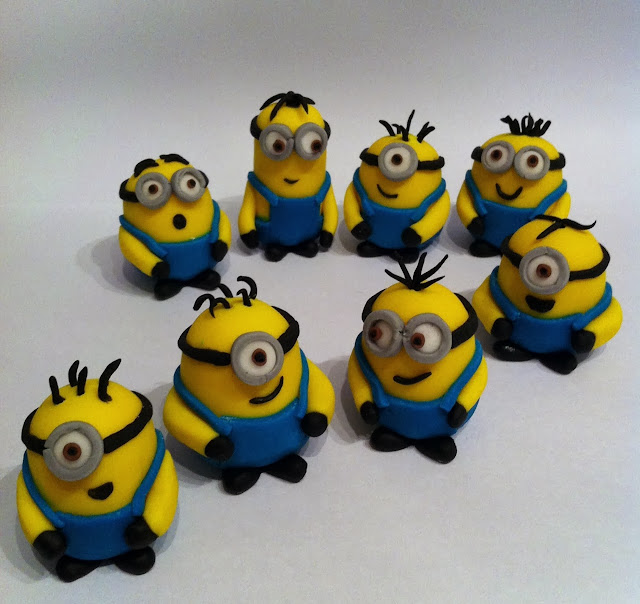 The cake was finished at 11.30pm, the night before her birthday.  The absolute delight and joy on her face when she saw her cake made my Incredible Hulk green stained hands worth it. 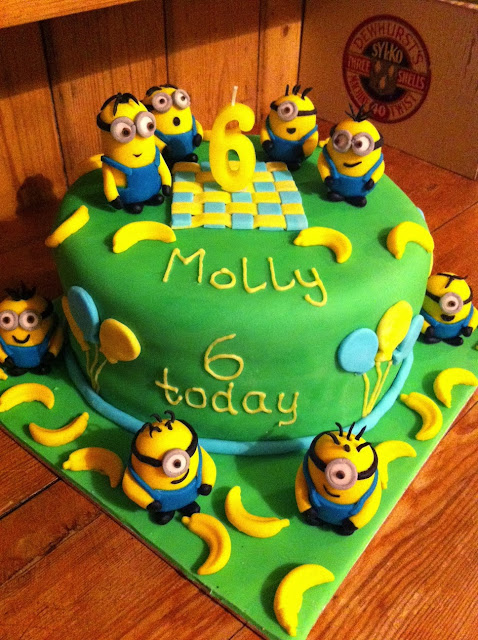 Mr Y and I were meant to be on a date night this evening, a rare visit to the local cinema to see the colourised version of It's A Wonderful Life, but he has succumbed to man flu and so plans have changed a little and I am, instead, snuggled up on the couch with a DVD and my knitting instead - oh, and some popcorn! 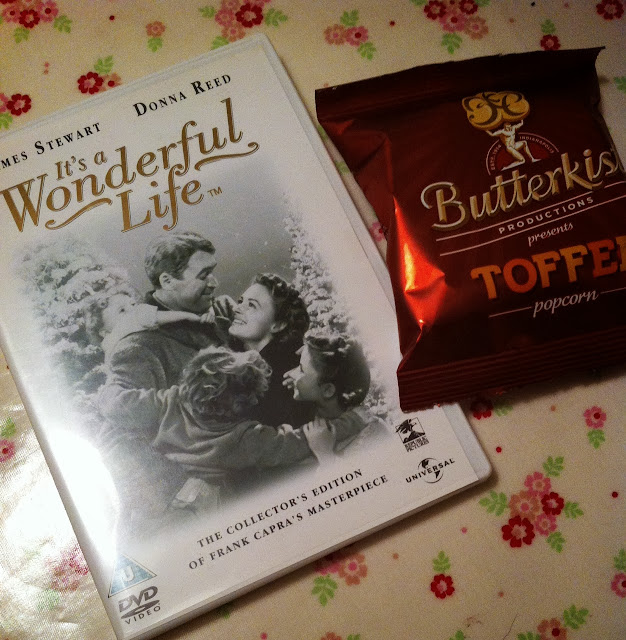 Not long 'till the big day now, you know.  I think we are just about there.  A few finishing touches to a couple of homemade gifts and some baking to do, but then we're just about done, thank goodness!  I hope your plans are all coming together nicely xx
Posted by Lucy at 11:14