I’m certain that it won’t have escaped your notice that I knit.  I knit a lot, in fact.  I knit in the car, I knit while my girls are in gymnastics class.  I knit during breakfast, lunch, and more often than not, during dinner.  My knitting is always to hand.  I never leave the house without it and would, if I could, knit in my sleep.  It is definitely an obsession of mine :o)

As much as I love to knit, I have found that something I’m not overly good at doing is the finishing off.  As soon as I have cast off the final stitch on a jumper, I’m always eager to move onto the next one, and so jumpers get shoved into bags, which then get shoved into bigger bags until, come Spring, I realise that the events are approaching, and I better pull my finger out.

With Mr Y having been on holiday these past two weeks, I have had an extra pair of hands to help out around the house, which has given me some time to stitch up some of the jumpers that have been accumulated these past few months.

When choosing a pattern to knit, I find myself drawn to both new patterns and those which are familiar to me, i.e. those that I have knitted before.  I always have more than one jumper on the go; I’m currently working on 4, as I always flit from one to another.  Easy knits for when the girls are working, complicated patterns for the evenings when I can get some peace.

The one I’m showing you today is one of the complicated ones, only knittable in silence, when full concentration can be given.

The pattern is from the 1930’s, issued with My Weekly. 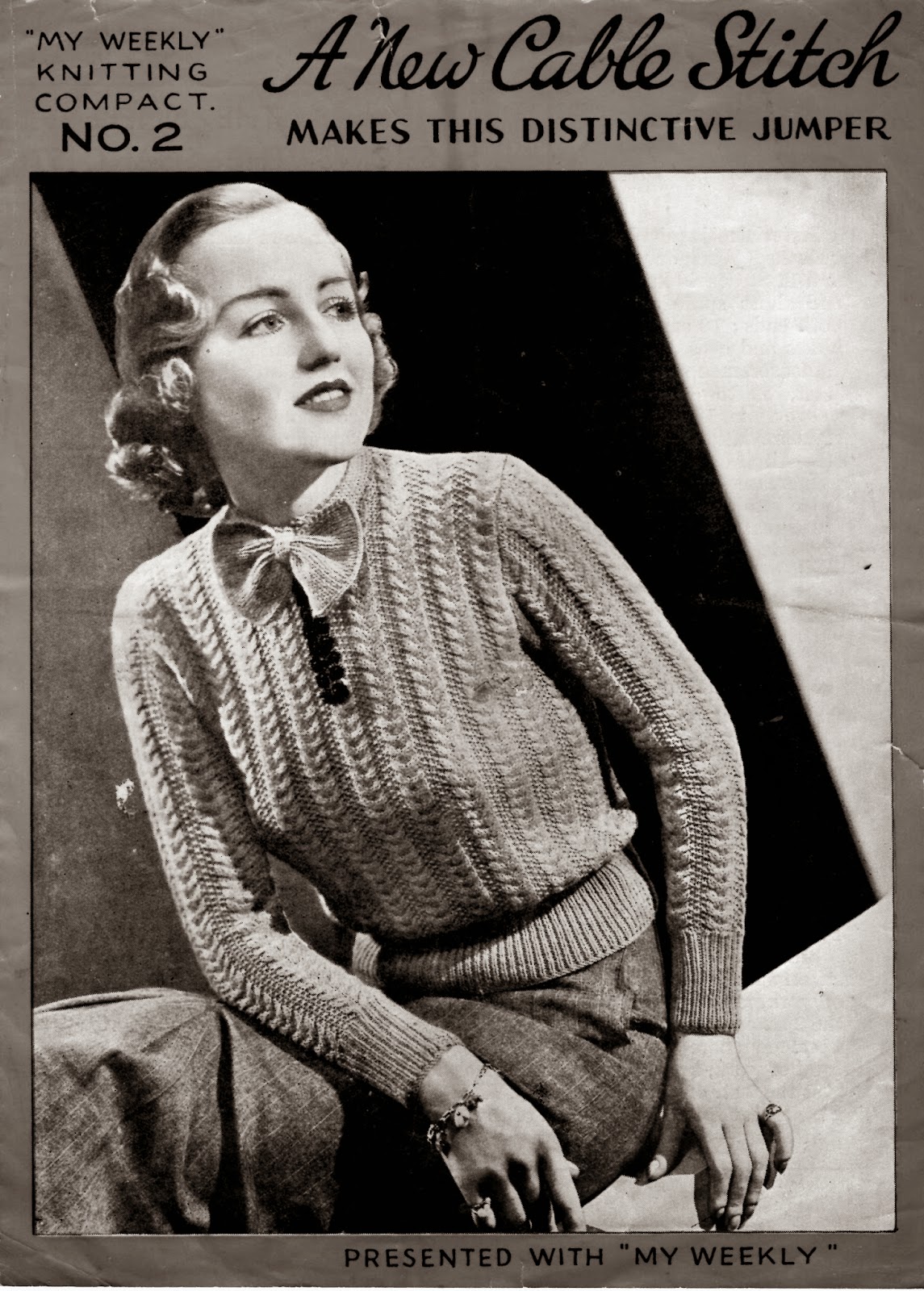 I opted for one of Stylecrafts relatively new shades, a pretty brown colour called mocha.  I use Stylecraft yarns a lot because they are good value for money, and so soft.  Last year they released some new shades, which I bought lots of, just in case they take them off sale! :o) 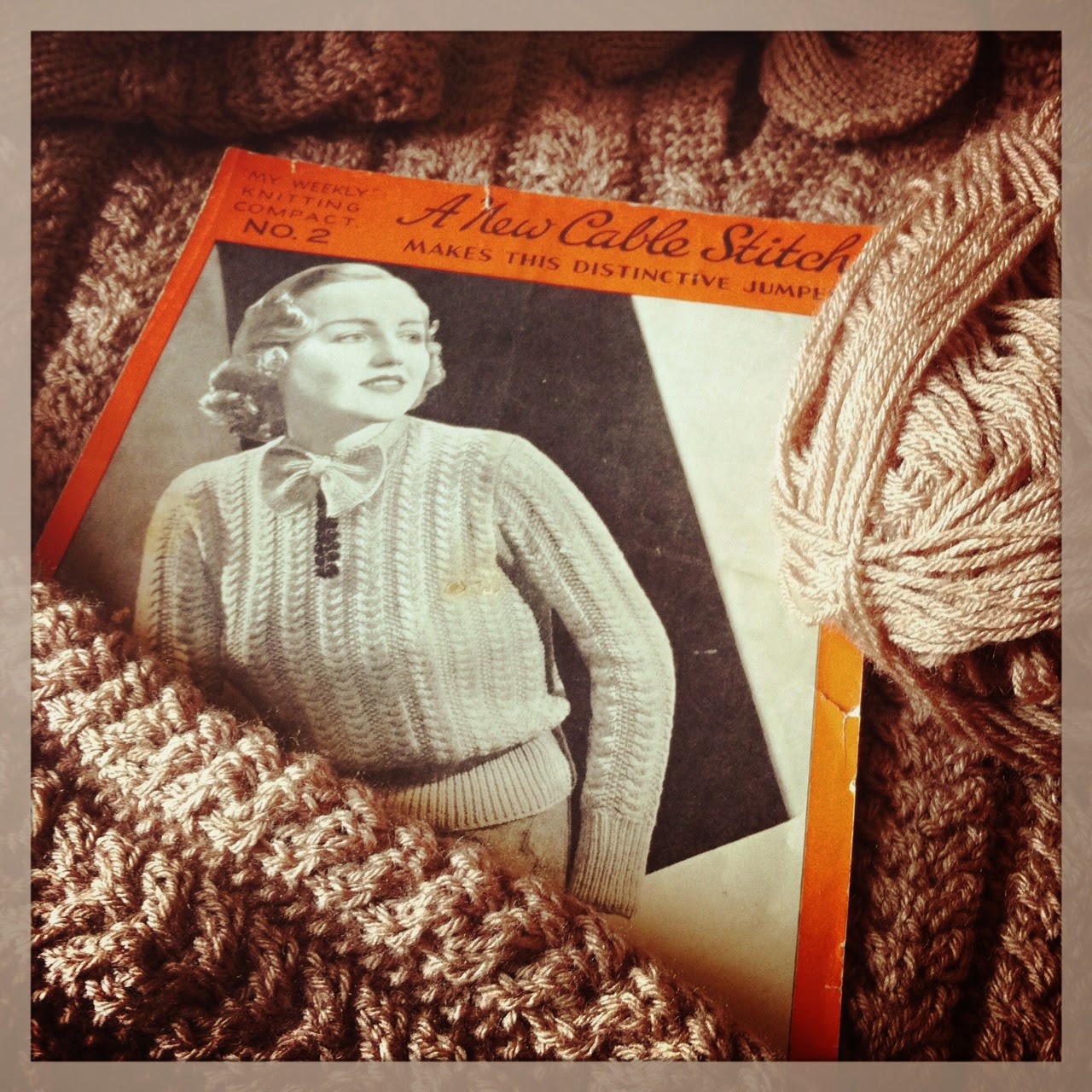 The pattern design is all over cable, which is very time consuming, but as the pattern runs in a regular pattern repeat, it is an easy pattern to follow, but is very slow growing.
Wherever possible, I like to finish my jumpers with vintage buttons, and a raid of the stash turned up some tiny fabric covered buttons from the 1930’s, which made the perfect finishing touch to this pretty, never to be knitted again by me, woolly! :o) 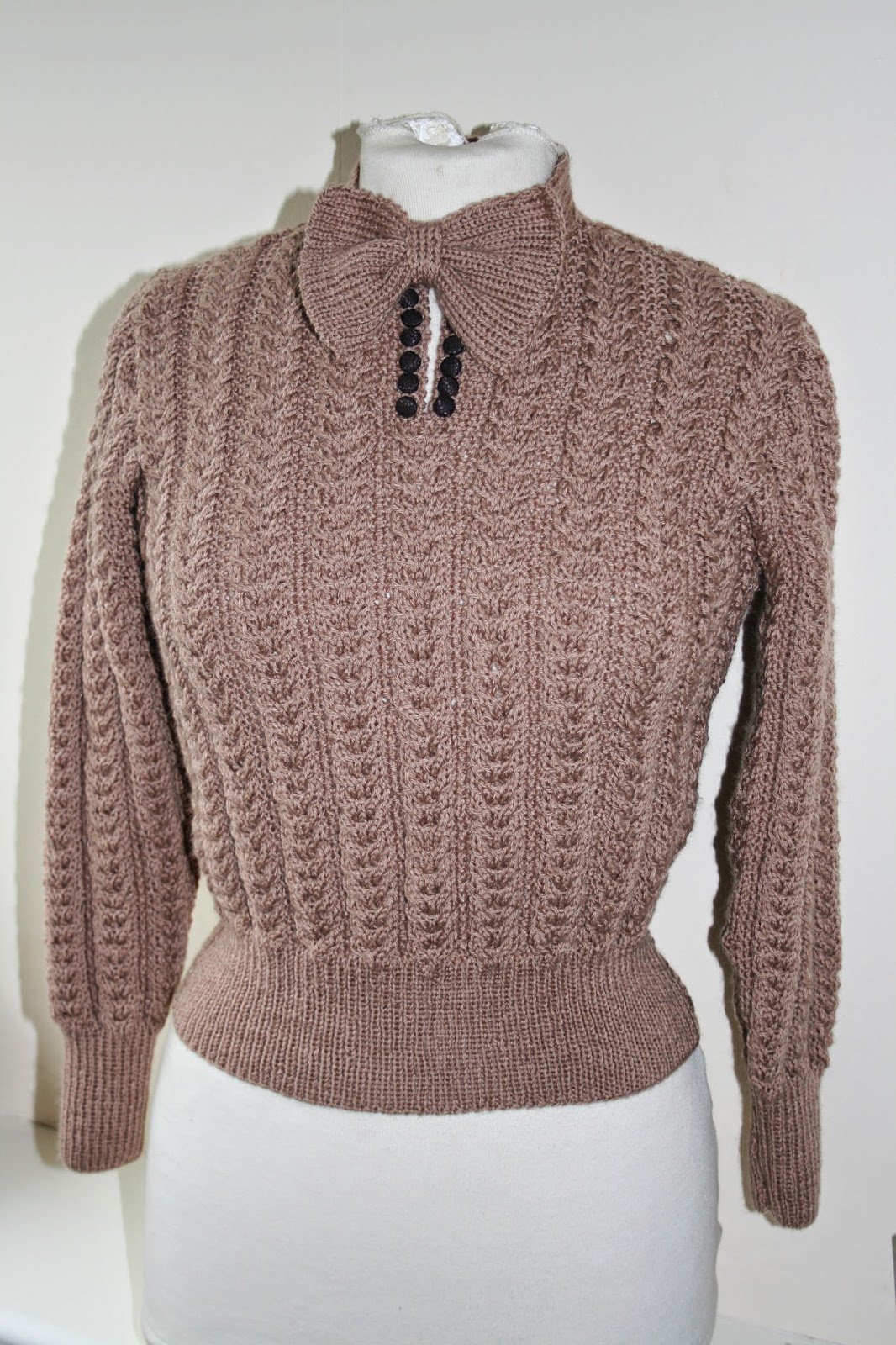 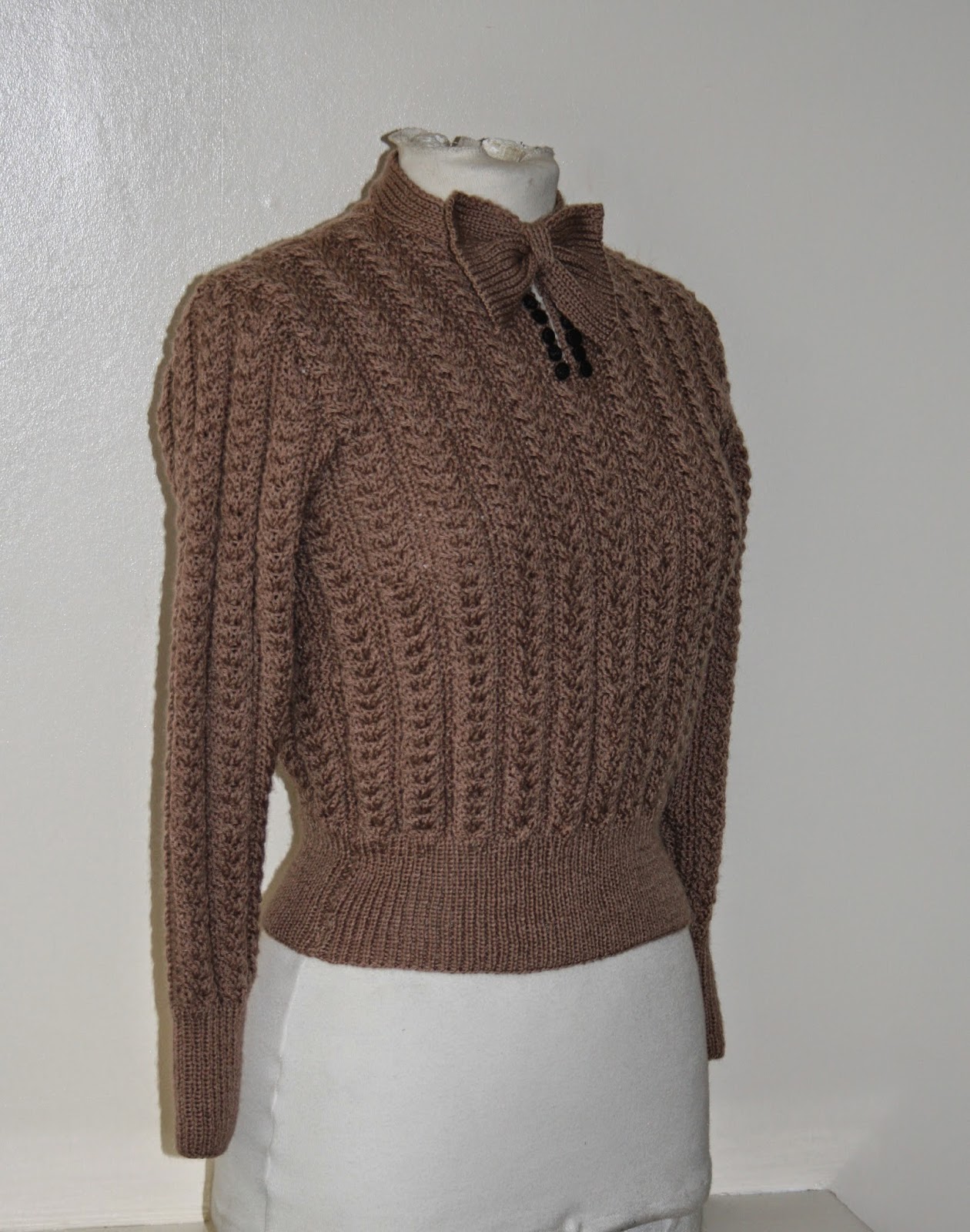 The response to this jumper on my Facebook page has been absolutely overwhelming, with nearly 4000 people viewing the photograph, and numerous kind comments.  If you were one of those lovely people, thank you, you make me want to knit faster ;-) xx

I also had requests to make the pattern into a PDF, so if you fancy giving this woolly a go, I have listed the pattern for sale in my Etsy shop, which can be found here :o)
Posted by Lucy at 03:01