A Capital Day Out

A few weeks ago, we took a much anticipated family trip to .  Preferring to catch an early train to beat the crowds, my family of four plus my parents, headed off bright and early, arriving in just after 8am!


We try to avoid the underground when travelling with the girls and so took to our feet and walked; to is quite a stomp!  Thankfully, the weather was glorious, one of those bright May days, and there is always plenty to see on the South Bank, so there was no complaining, not even from little legs Miss M. 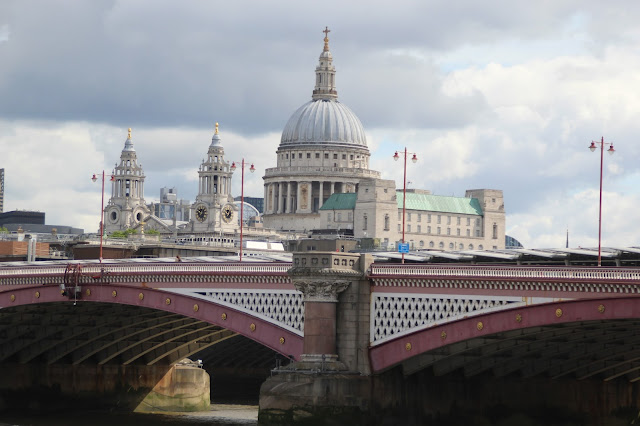 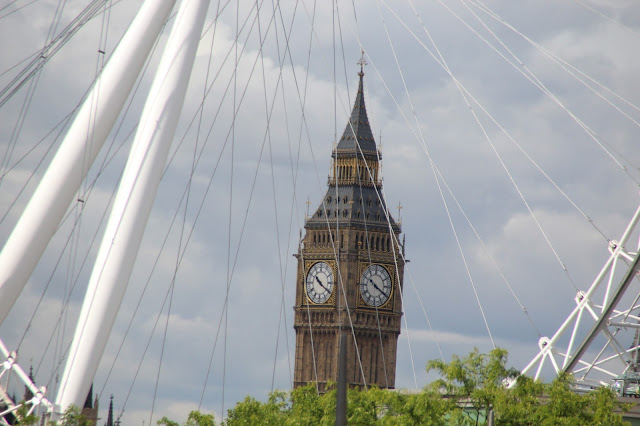 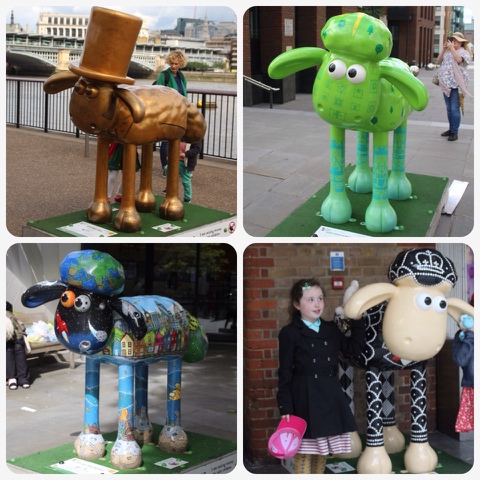 It’s never a chore to walk in the beautiful parts of the city.  There are plenty of eateries to stop off at.  Breakfast was had just by St Pauls Cathedral.  Certainly beats my normal morning view. 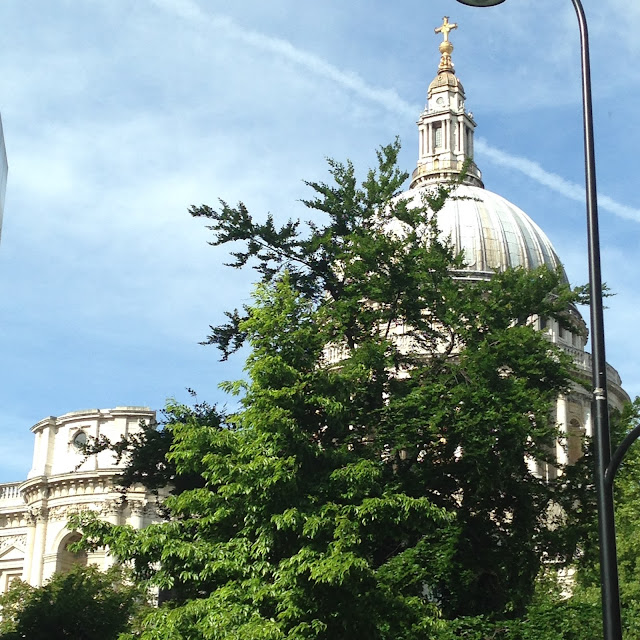 The reason for our jolly jaunt was a much anticipated visit to IWM London. 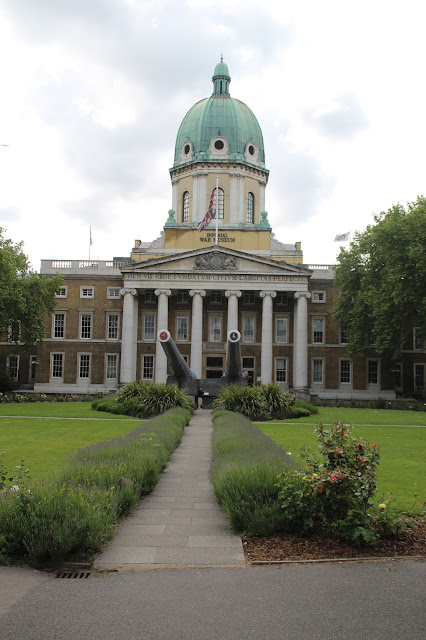 I first visited the museum when I was in high school, back in the mid 1990’s.  I found it utterly fascinating, and the books I took home as gifts for my parents were what sparked their initial interest in the Second World War.  I remember waxing lyrical about the hanging aircraft in the atrium and the spectacular in the Blitz exhibition.  Times move on and exhibitions change, so when we heard that the site was closed for refurbishment, we had high hopes for something even more spectacular than before.  When the Fashion on the Ration exhibition was opened, it seemed like the perfect time to make the long awaited trip. 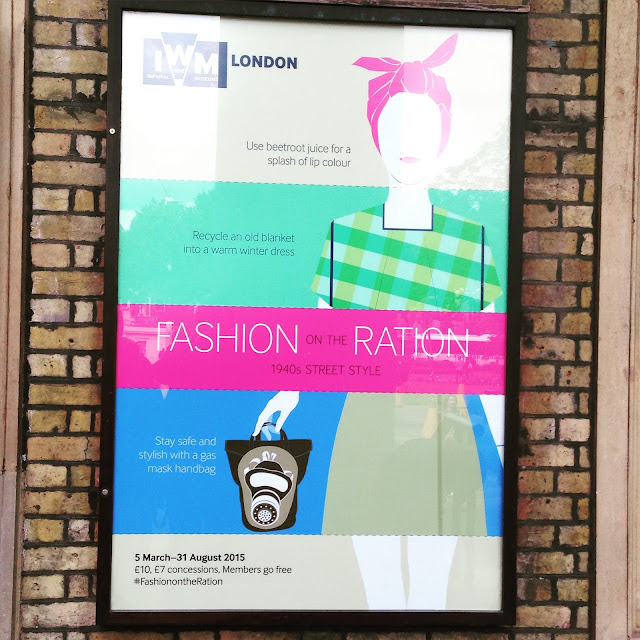 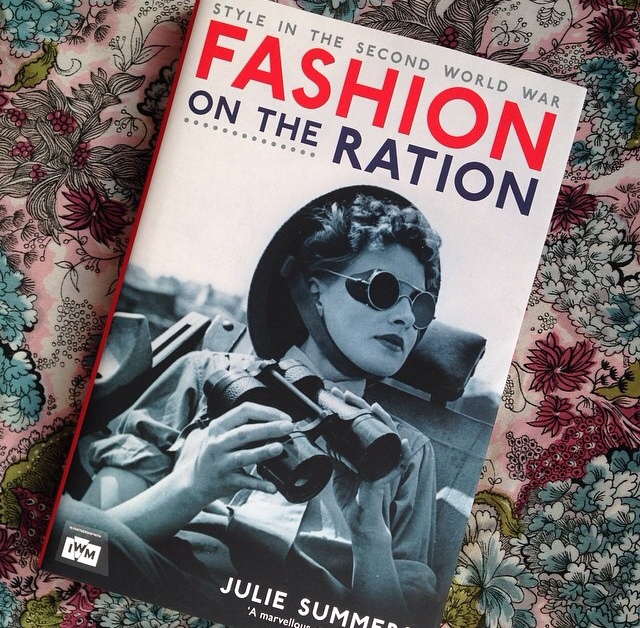 The exhibition has been beautifully put together.  You aren’t allowed to take photographs in there, although many people were blatantly doing so when we visited, but a quick Google search should bring up plenty of photos of some of the beauties on display.


Many of the clothing examples are breath-taking, and the layout of the exhibition works really well as there is lots of space so you can stand back and really appreciate the exhibits.  There are plenty of high end examples of clothing, novelty prints, and an especially delightful two piece with a rather fetching ball of wool and knitting needles print.  There are films running on various walls, which give a great atmosphere to the whole thing, but I think they could have covered a bit more.


For an exhibition covering how hard it was to clothe yourself during rationing, there is very little in the way of what is often seen as mundane, everyday clothing.  Yes, there is a patchwork dress and underwear made out of silk maps.  There is also a clip showing you how to cut down the old man’s trilby so you can re-fashion it into a little topper for yourself, but these barely touch the surface of what it was really like to make do with what you had.  I feel it is more tailored towards the high fashion clothing than the standing in the grocery queue fashions which so often get overlooked.  There aren’t enough knitteds for my liking, but being knitting obsessed I would think that!  The uniforms that are on display are a nice touch, and I could happily have taken home the bright floral smocks and overcoat with CC41 buttons.

There is a phenomenal display of Jacqmar propaganda scarves, and they are probably my favourite thing in the whole exhibition.  Framed and displayed as a collection, they are so cheerful and bright.  These scarves are incredibly rare; we have a rayon silk London Wall and RAF Happy Landings one in our collection, but I’ve never seen any others for sale.  I shall keep looking though.


Although it might seem like I’m being a miserable sod, I’m honestly not.  I thoroughly enjoyed the exhibition, and if you’re into the fashions of the forties, then it certainly is worth seeing, but it is smaller than I expected and therefore I think the £10 entry is a little steep.


Once we’d looked round the exhibition, we wandered around the rest of the museum, and although we had high hopes of a fabulous time, I’m truly sad to say that we were a little underwhelmed by the whole experience.


Disappointingly, we all left feeling that parts of the museum were a little bit pants!  The Holocaust exhibition was informative and emotive, and I’m pleased I saw it through to the end, but the exhibitions around the atrium were sterile and poorly placed, there seemed to be no flow to it, no chronology.  The section on the wartime family is very good, although the WVRS badge on a supposedly wartime WVS uniform is disappointing. 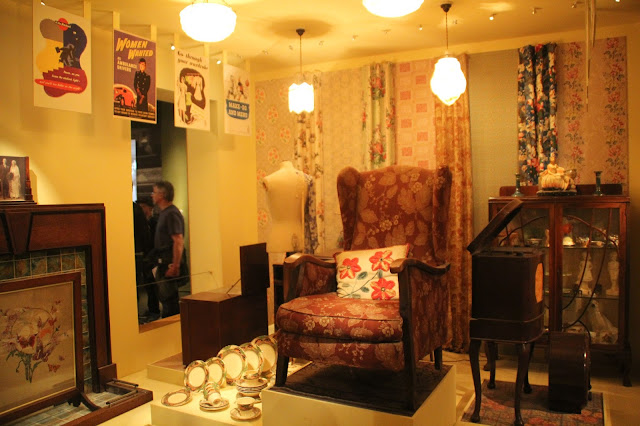 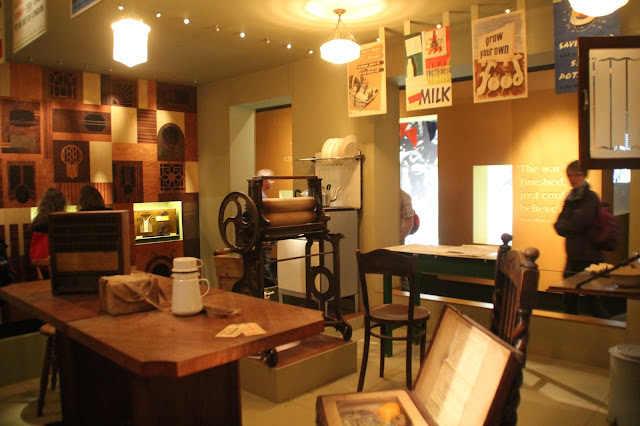 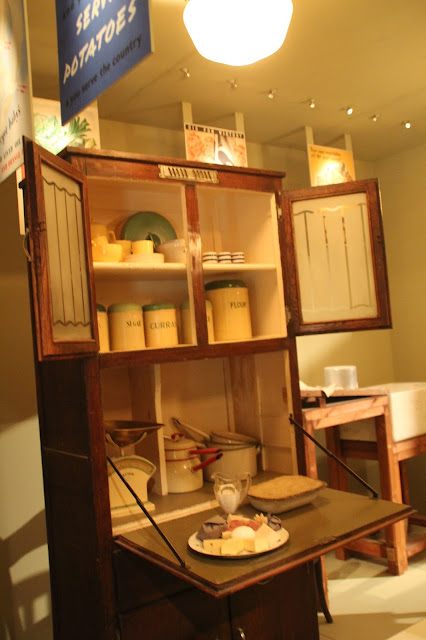 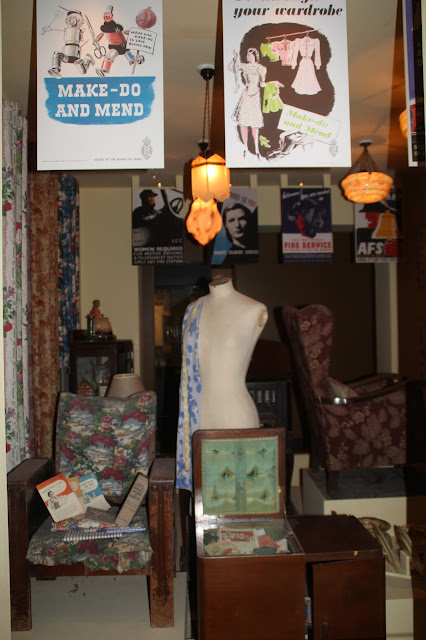 We are used to the splendour of IWM Duxford, very much a family favourite, and hoped the would be the same, but it just lacked something.  All four adults felt it, although no-one really wanted to admit to it first because I’d been so excited to take everyone down there.  We spent less than 2 hours in the museum and that just doesn’t seem right.  We thought that maybe we’d taken a wrong turn and missed an entire section, but we hadn’t, there just wasn’t that much to see.


We had lunch in the sunshine in the gardens outside the museum, and rested our aching feet for a while before heading back along the South Bank towards the station.


The walk back to the station was not as fabulous as the morning walk had been.  By , just by the fair rides, a delightful light fingered member of society managed to relieve the Mr of his wallet!  Although we’d seen all the signs and posters, and were super careful, we didn’t think it would happen to us; we still don’t quite know how it did.  Luckily, he was reunited with his wallet, the offender having slung it into the gardens, but safe to say it came back minus all the money, but thankfully all his cards, driving licence, rail travel card etc, were untouched.


It didn’t spoil the day, but it certainly put a damper on it and knocked the wind out of his sails.  The calm in the storm, my parents kindly treated us to dinner before we climbed wearily onto the train home.


My dad hates .  Apparently, he always has.  He worked there in the 1980s and thinks it’s a dirty, smelly place.  This experience hasn’t made him think any more favourably about the city, and I don’t think he’ll be joining us on further visits any time soon!